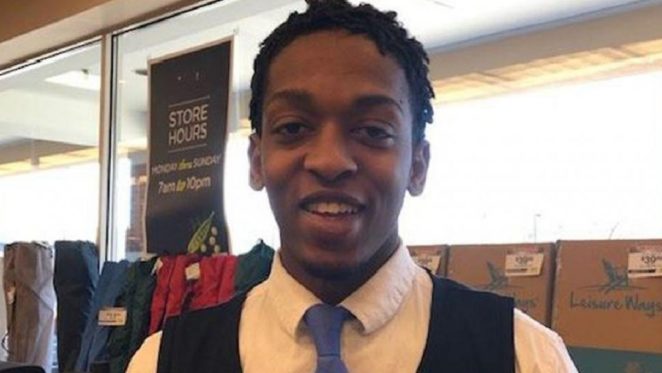 A female customer who was buying groceries at a Big Y Supermarket in Greenfield Massachusetts is thankful that a gentleman who was bagging her groceries who goes by the name Frederick since his last name was not mentioned went beyond the call of duty to assist her to pay for her groceries.

The act of generosity that Frederick did without any expectation of any reward from the customer that he assisted was to pay out of his own pocket $20 so the customer could purchase all of her groceries.

Another customer who was at the supermarket was able to tell the great deed done by Frederick by sharing her version of the events on social media.

The management of the Y Supermarket has praised the kind act on the part of Frederick to assist an elderly customer be able to purchase all of her groceries thanks to Frederick assisting her pay for the remainder of her groceries when the food bill was too much for to meet the amount of money that she had in her possession.

It goes to show all of us that no matter what our profession is in life, assisting a customer at a supermarket who has a small problem paying her food bill by pitching in to pay for the full price of the food bill has its own rewards.