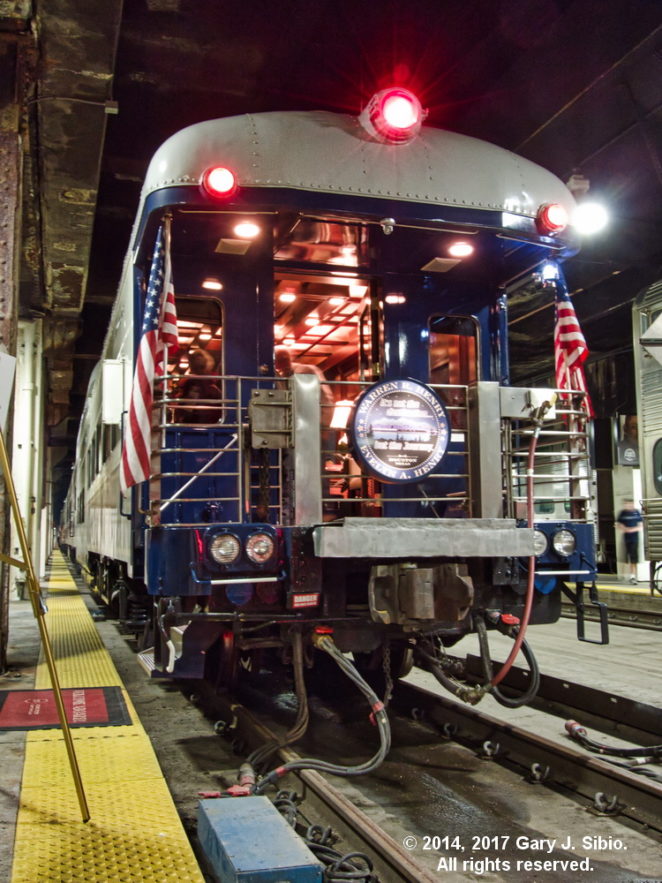 The car was originally built in 1955 for the Union Pacific’s “Portland Rose” line which ran between Chicago and Portland, Oregon. In the mid-1980s it was acquired by the Wisconsin and Southern Railroad and refurbished for use as a business car. In 2004 the car was purchased by Patrick Henry, a Houston businessman who named it after his father, who was an executive with the Santa Fe Railroad. The dining room seats 12. A full bar seats another 8 and the dome seats 16.

The photo was taken at Union Station in Chicago, Illinois where it was on display for the National Train Day 2014.

I used a Nikon Coolpix P7700 camera to take the photo. Then I edited it in Luminar 2018 with the following filters: Accent, Sharpening, Microstructure, Stucture and Denoise. Then I decreased the exposure 1 ev and boosted highlights, shadows and clarity.