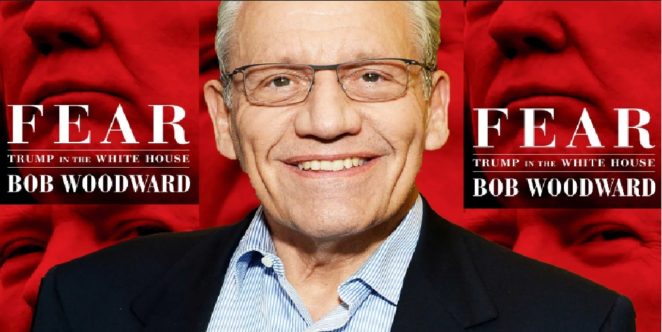 American journalist Wood Ward has revealed in his book, that Donald Trump ordered orders to kill Bashar al-Assad and is running the American President White House in a ridiculous manner.

Trump fear in the white house, a book written on daily routines in the White House , has made exciting revelations. The American journalist Wood Wardd’s book has already begun before being published. The book will be published on September 11

American journalist claims in his book, that in  Syria’s use of chemical weapons from allies army, President Trump called on the Minister of Defense James Mates to kill Syrian President Bashar al-Assad. However, the defense minister replied that he would deal with this issue himself.

The journalist added that the management capacity of the US President Trump is disturbing. President’s agents steal important papers on the table and have access to key files. It is surprising that in the White House the work of extreme and sensitive nature is happening ridiculously.

Journalist further added, that on completion of book, I have contacted President trump over the phone in which we discusses the various contents of the book. President Trump expressed disgratulations on the book’s quote, saying that the contents feel that the book will be negative and worse.

Hearing the thrilling events of the book, Trump started the positive movements of American President to his presidency, and  decision to meet American interests. American journalist Wood Ward replied President Trump, that the draft is complete and the book will be published on September 11, So you can give your stand through the media, in the book , it do not contain statement only but it contain the internal all situation of white house and which is certified and are not part of a propaganda and you have the right to deny.

The US President expressed concern over his coordinator at White House Why did not I first know about the book? Now another new Pandora box will open against me.

The Woodward book has already been refuted and discredited by General (Secretary of Defense) James Mattis and General (Chief of Staff) John Kelly. Their quotes were made up frauds, a con on the public. Likewise other stories and quotes. Woodward is a Dem operative? Notice timing?

On the other hand, US President Donald Trump said in his statement that the minister of defence James Mate and Chief of Staff Gen. John Kelly have already rejected the allegations in the book. The author of the book Wood Ward is the anti-party Democratic Party Tool writer, so he did not write anything in his book, but a lie-based story.