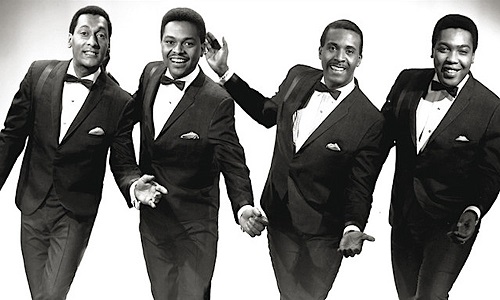 They were part of the groups which helped to define the Motown Sound in the 60s. Two of their number one hits that hit the Billboard Hot 100 were “I Can’t Help Myself (Sugar Pie Honey Bunch)” and “Reach Out I’ll Be There”. These hits helped The Four Tops to achieve popularity. One of their greatest hits was “It’s the Same Old Song”. Then in August of 1966, they came out with one of their biggest hits of all time “Reach Out I’ll Be There” which rose to number one on the U.S. pop charts and became their signature song. This was followed by “Standing in the Shadows of Love”, “Bernadette”, and “7 Rooms of Gloom” making the Four Tops practically unbeatable and second in popularity to The Temptations.

Their first major hit in the 1970s was “It’s All in the Game”. They went on a European tour in 1988. The Four Tops also worked on TV and the movies. They performed a song for the 1982 movie Grease 2. Levi Stubs did the vocals for the man-eating plant Audrey II in the musical film Little Shop of Horrors in 1986 and the voice of the evil Mother Brain in the NBC Saturday Morning cartoon Captain N: The Game Master.

Since the late 1980s, The Four Tops have continued touring and giving live performances. In 1995 they recorded the album Christmas Here with You. In June of 1997, Lawrence Payton died from cancer after 44 years of singing with the group. Stubbs, Benson, and Fakir continued touring as a trio. They were inducted into the Rock and Roll Hall of Fame in 1990 and into the Vocal Group Hall of Fame in 1999. Rolling Stone Magazine ranked them at number 79 on the list of 100 Greatest Artists of All Time. Benson died in 2005 and lead singer Stubbs died in 2008.