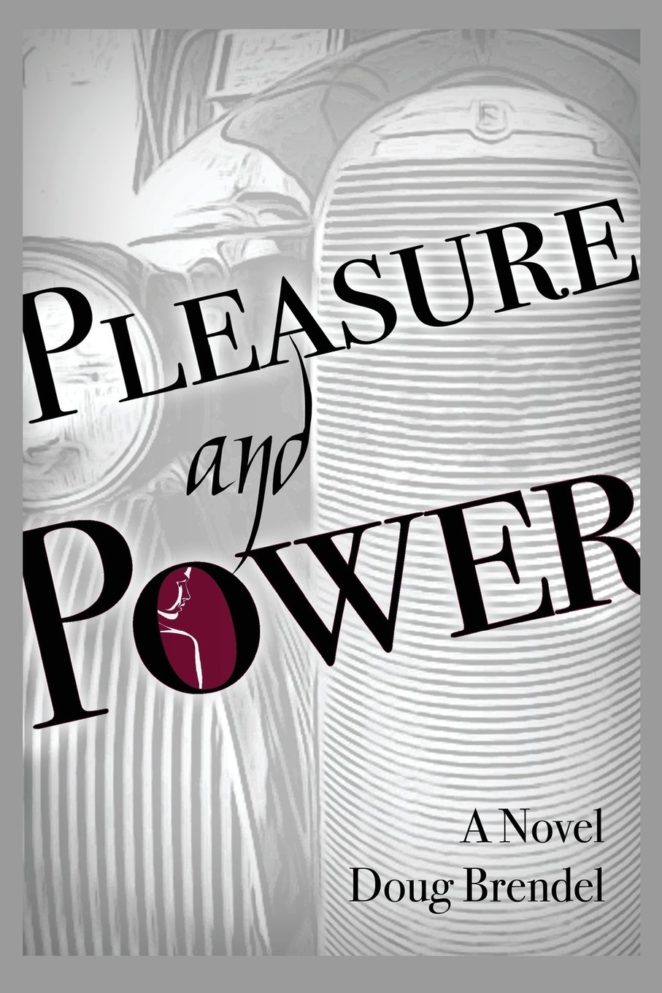 The sheer physicality of long-standing author and popular public speaker Doug Brendel’s latest novel, Pleasure and Power, is overwhelming at times. His brutally honest depiction of his diverse characters is so tangible that you can sense their vulnerabilities and are made aware of their human frailties from the very first page. The immediacy of his text is graphic in the extreme, so that you feel immersed in their world from the start of this poignant and deeply moving tale of warped love and emotions.

Set in the late 1940s, Pleasure and Power reveals the harshness and raw reality of the decade, where racism was so extreme that to find a mental health institution that would accept a Colored woman as an inmate was a real battle. When the sixteen-year-old Maddie gets hit in the head by a baseball, and her family can no longer cope with tending for her needs as a teen with the mind of a three-year-old, she gets placed in a largely white-dominated institution, where she is raped and falls pregnant by a white health worker. In the meantime, her younger sister, Ruby, is befriended by Alice, the manager of a white-run Mission dedicated to helping the poor. Despite Alice’s firm religious beliefs, she marries a rubber manufacturer’s representative, Jake, who turns out to be a philandering male, keenly intent on pursuing any available good-looking woman.

How the lives of all the main protagonists intermingle and become wrapped up in one another makes for fascinating reading, but there are, in addition, several strands that underlie the text throughout, primarily those relating to racism, sexism and violence. The ethical ramifications of the stance taken by each of the characters in relation to the major themes should arouse the interest of any reader who looks for deeper meaning in the books that they read. The raw sexuality of some scenes stands in stark contrast to the more profound feelings that one finds particularly in Alice and Ruby, where compassion for family and friends is accompanied by personal misgivings and shortcomings.

Alice’s role as wife and Mission leader is somewhat dichotomous, in that her personal deep-set religious beliefs would seem to run counter to the sexual freedom that she allows herself with Jake. Brendel explains Alice’s ability to swing from one extreme to the other in terms of her impoverished background, where, as a young child, she was subject to both verbal and physical abuse, and her adolescence, which was spent in the care of a devout uncle and aunt. Her mother is depicted as telling her at an early age, when Alice hears her parents making love in an adjoining room: “‘Some folks think it’s bad, what men and women do in bed. Husbands and wives. But I never found it to be bad. I believe God made it for pleasure. So I take the pleasure.’” Jake, too, is caught up in a dilemma between staying faithful to Alice, and in his desire to continue bedding other women. As Brendel describes it, Jake is attracted by “The pull of the possibility. The pleasure of the pull. The power of the pleasure. … The presence of the past. The possibility of the pleasure. The power of the possibility. The pull of the power.”

In short, the novel Pleasure and Power is both pleasurable and powerful in its scope, and well deserves to be read by all who have an interest both in romance and in the social forces that are capable of binding us, and, equally, of tearing us apart.