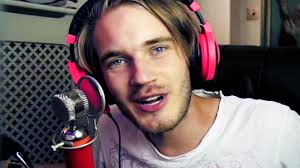 The past two months, some things went wrong for Felix Kjellberg, known as PewDiePie on Youtube. These days, the biggest known Youtuber with more than 53 million subscribers on his main channel is facing a lot of accusations made by mainstream media. Since he is so powerful on Youtube, this drama between him and the media has become a very big issue for him and his fans. 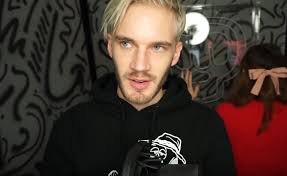 PewDiePie has always been a controversial character on internet. He became famous of his funny videos where he plays and comments video games. He has gone viral very fast, getting a very big audience and followers. Later on, as his popularity grew, he started filming different contents on Youtube, often with blunt humor and hideous comments about world, social and other themes. He is so popular, even the South Park made an episode for him in 2014 named #Rehash.

His immense internet influence and his controversial humor in the past two months brought him a lot of trouble. Felix aka PewDiePie uploaded a video that contained anti- Semitic statement, where he hired Fiverr freelancers to unfurl a banner with a very disturbing content. The two Indian freelancers, due to their lack of knowledge of Engish language had done that while smiling, which PewDiePie himself found even more disturbing. He removed the video later in February.

Felix uploaded this video as a response to the accusations.

He tried to joke about the absurdity of the modern world and online advertisement, but instead of proving that these freelance channels (as Fiverr is) can be tremendous mistake, he got into trouble.

The Wall Street Journal published an article that stated PewDiePie is supporting and is supported by neo- Nazi groups. This accusation is based on many instances in his published videos since August 2016.

The Drama Alert Youtube channel, JK Rowling, and many other Youtubers and famous people have made their statement about this PewDiePie drama.

PewDiePie Youtube reality show because of this accusations was cancelled, and Disney, brand that collaborated with him for years,  had severed the ties with the filmmaker.