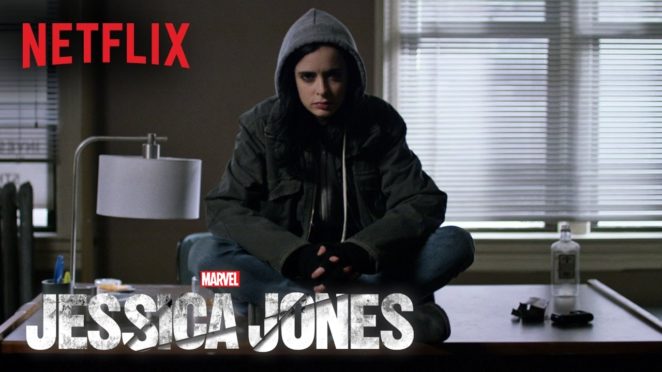 Jessica Jones. A private investigator who privately owned Alias Investigations, who is at the same time has a special ability (i.e. super strength), has an everyday chase to kill Kilgrave (played by David Tennant), an evil prick who controls mind, when he tries to speak his behests to anyone he wants. Unfortunately, this super strong female super heroine has an immunity lately against Kilgrave. His demise is the only way to stop him, and the subtleties brought up in mind by Jessica Jones put his life to an end. Also cast here is Jessica Jones’ boyfriend Luke Cage (played by Mike Colter), who has also his TV series.

Played by Krysten Ritter as Jessica Jones. Just done watching this Netflix’s one of the Marvel’s Defenders’ TV series, along with Daredevil, Luke Cage and the  Iron Fist.