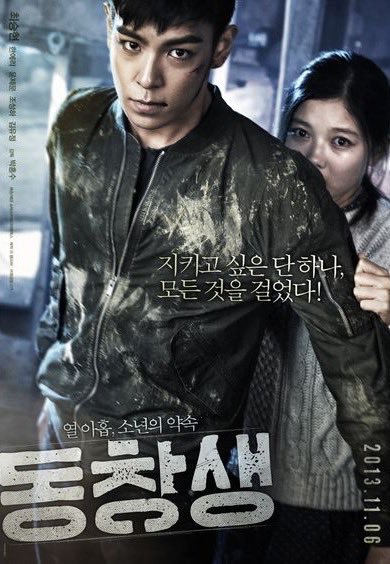 My exposure to Asian cinema has been gradual. Mainly because, in America, the people in charge of TV programming were slow about providing that kind of entertainment. First, I started watching Shogun Theater.  Those were Japanese movies that came on television every Saturday afternoon.  Then, thanks to Bruce Lee, I got interested in watching kung fu movies and other Chinese films.  Next came Indian films or Bollywood.  I found lots of them in the video rental stores.  Last but not least, thanks to Netflix online streaming, I watched my first Korean drama.

The movie was “Commitment”. It’s a 2013 spy thriller.  Like father, like son?  Sort of.  There is a slight difference indicated.  The father volunteered to be a spy and work for his country.  But the son was forced into the job, having been told that his father was a traitor and that he needed to regain the family’s honor.  That movie was intense!  Both father and son were used, betrayed, and totally disregarded by the country they served so loyally.  By the end of the movie, I was angry enough to spit fire!  That movie was so intense!  It got me hooked on Korean dramas.

Checked some of the reviews.  On the whole, lots of people liked the movie, mainly because it was action-packed.  But also because the guy who played the main character, Myuung-hoon, is a popular Korean rap/pop star Choi Seung-hyun (aka T.O.P.).

just watched commitment, the Korean drama on #Netflix full of suspense I lovedd it | male lead is HOT as bbq ??❤️. pic.twitter.com/Ar3q5aAiw5

Film Review: ‘Commitment’ (2013) #Koreandrama #Kdrama https://t.co/0iBrQW8CuC via @variety “Despite a lackluster start, Han emerges as a solid presence in the later going, expressing calm resilience even as the personal drama makes way for male-oriented action.” #entertainment