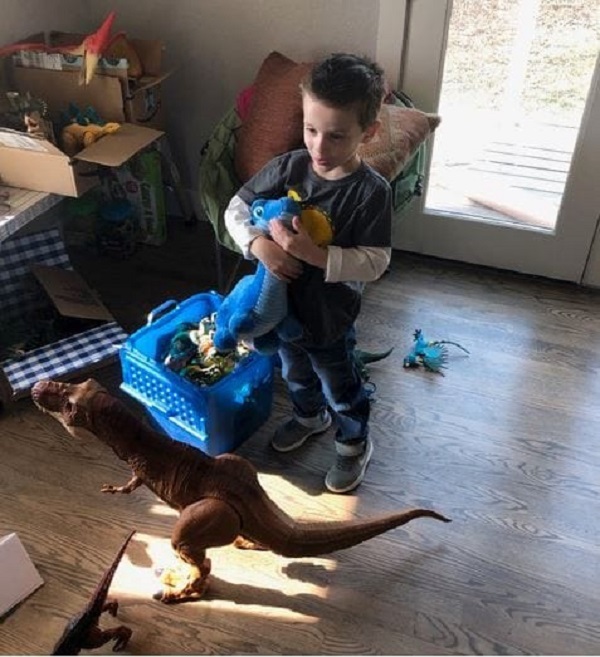 It is one thing to lose a home in Paradise California which was the town that was burned down to the ground from the infamous Camp Fire.

The Camp Fire also destroyed his priceless toy dinosaur collection which was his pride and joy since when we are all children, we have a toy or toys that mean the world to us.

Thanks to his great aunt Tanya Ramsey where Riley and his grandmother are calling home at this time in another city in California that was not affected by the effects of the Camp Fire which is north of Paradise used the power of Facebook to relay the tragic events of not only losing their home, but his toy collection when Riley and his grandmother had to evacuate their home due to the danger of the fire closing on to their home.

The response from the strangers and relatives to make Riley happy by sending Riley a huge amount of toy dinosaurs to soothe the pain of his priceless toy dinosaur collection.

Thanks to the guidance and support of his great aunt, Riley is learning to give away some of his toy dinosaur collection that he does not to have in the home to other needy children who are affected by the tragic events of the Camp Fire that has destroyed their homes.

Riley is a lucky young man that he and his relatives are not homeless or staying in evacuation centers at this time.  Even though Riley does miss the home where he grew up as a child, he is thankful that he has extended family members to take care of him during this dark period in history.