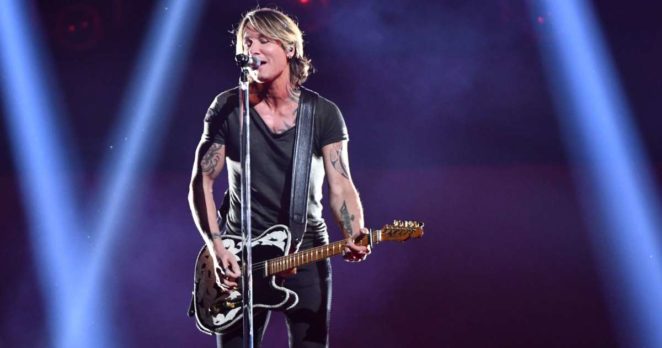 The top honors of the ACM Awards went to Keith Urban. It was a bit of a surprise and that makes it even more fun. He gave a kind and emotional acceptance speech where he thanked his wife Nicole Kidman and their daughters Faith, 7, and Sunday, 10, as well as his late father, who died of in 2015.”I wish my dad was alive to see this because I think he’s watching over me tonight,” he said.

The tears were real.I think he was sincere and grateful.

It was a great moment in not such a great evening! This was worth it.