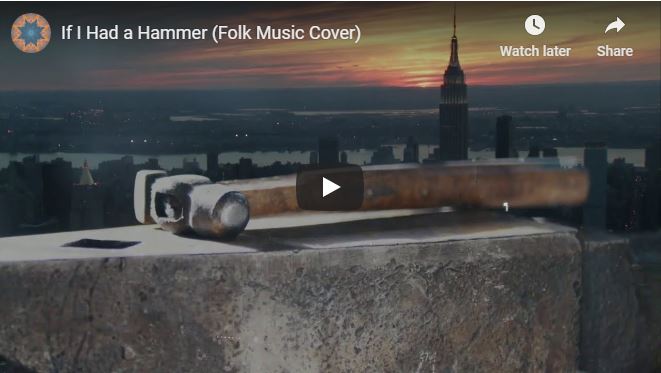 This is another song that I sang at church when I was younger.  The history (see Wikipedia) of the song is a bit more colorful than I expected as it was first performed at a U.S. Communist Party function in 1949. However, the lyrics fit the political struggles that the U.S. is currently facing.  Are the numerous protests across the nation tied to “anarchists” or average Americans concerned about injustice?

Peter, Paul, and Mary’s 1962 cover remains the song’s most notable rendition and garnered the group two Grammy Awards. My version won’t win any awards, but I hope you’ll give it a listen.