California: A 23-year-old woman in Portland, which falls from the top of monetary County’s coastal area, has been traced  a week later. Up to seven days, she used to drink radiator water of her jeep for her life and restored the energy.

Angela Hernandez, a 23-year-old lady in the US city of Portland, disappeared in California’s coastal area a week ago. The rescue personnel in their search were facing failure,  That two bikers saw destroyed jeep in a decline of 61 meters high and immediately rescue organization was notified. 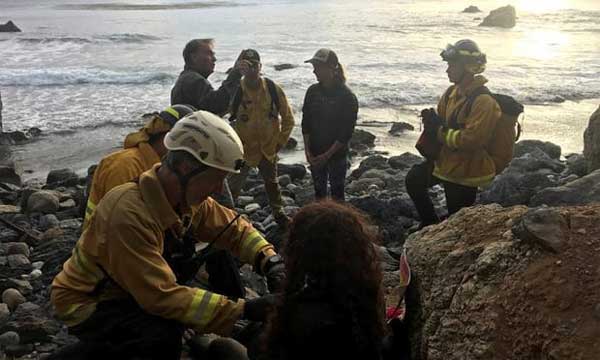 Rescue team’ personnel went down 61 meters from above and found Angela injured in a desolate jeep. Immediately she was taken to the nearby hospital through a helicopter for medical assistance, where her condition was out of danger.

According to rescue officials, suddenly a dog came in front of the woman’s jeep,  In the attempt to save dog, she fell down into the dense. Which caused injury to her shoulder but fortunately she would not only be safe after falling from that height. Instead, she spent seven days drinking jeep radiator water for survival.