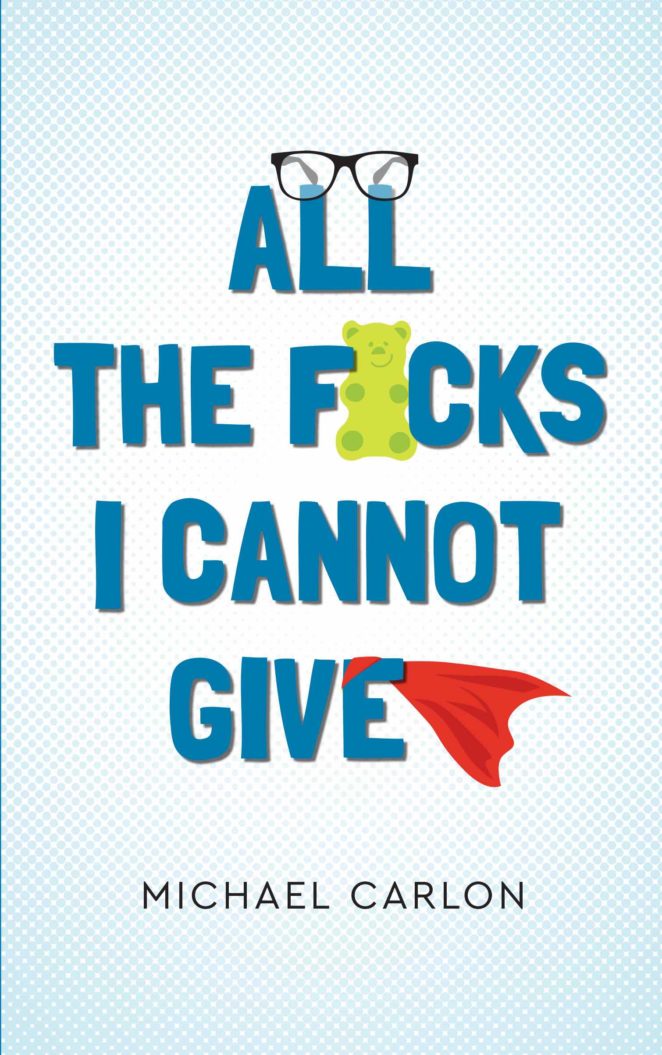 Far from being a book filled with salacious humor, the sexual encounters described in All the F*cks I Cannot Give (Michael Carlon; ISBN: 978-0-9979839-5-1) by Michael Carlon are all pertinent and very to the point. When middle-aged and horny marketing researcher Kelly Carson meets deeply frustrated, yet amazingly forceful, starlet Terri Flynn, in a LAX airport lounge, the two key protagonists are in a state of transition, both literally and metaphorically, with the former having just lost his oh-so-seemingly-secure job, and the latter having just walked off the set of her latest feature film, in defiance of a director’s insistence that she go topless. On the spur of the moment, they decide to head off to Maui for the weekend, rather than trailing home with their tail between their legs. Shortly after their arrival, they both have a great deal more in that portion of their anatomy, but it all somehow makes a great deal of sense in terms of the plot, making the sex that they have anything but gratuitous.

Humor lies at the bottom of this tale of romantic (mis)adventure, starting with the upturning of the gender stereotyping of Kelly and Terri. The latter is a feisty woman who knows exactly what she wants, and precisely what she is willing to give to achieve fame within the film industry, while the former’s deep sense of repression (understandable, this, as his wife is a lesbian, who hasn’t given him any nookie for the last decade) lands him not in hot water (as his marriage is most decidedly an open one, with his wife busy beavering away in more ways than one!), but in an ice-cold pool at the bottom of a waterfall, when the two intrepid voyagers go on an off-the-map hike through the lush Hawaiian undergrowth.

All the F*cks I Cannot Give also has its more serious side, though, as it does explore what slightly wacky, off-center relationships can do to/for one. The issue of corporate ethics also emerges, as the dismay that Kelly feels at being told summarily via SMS that he’s just lost his job uproots his heretofore experienced sense of equilibrium, so much so that he dares do something that he would never previously have tried, essentially running off with a much younger woman for the adventure of a lifetime (midlife crisis, ahoy!). Carlon makes us all question what makes us do what we do, and shows what can happen, when we allow our innate sense of spontaneity and gleeful playfulness to take over our sometimes humdrum, tedious little lives.

In short, I challenge anyone who is facing any kind of dilemma in their life (but especially those men who are facing a midlife crisis!) to read this book and to take a salient lesson from Carlon’s kingpin antihero. Your 40s, rather than being the start of a long downhill slide to decrepitude, can, in fact, be the start of some of the best years of your life, you just have to embrace them right! (PS: Please note that all the double entendres in this review are deliberate…)