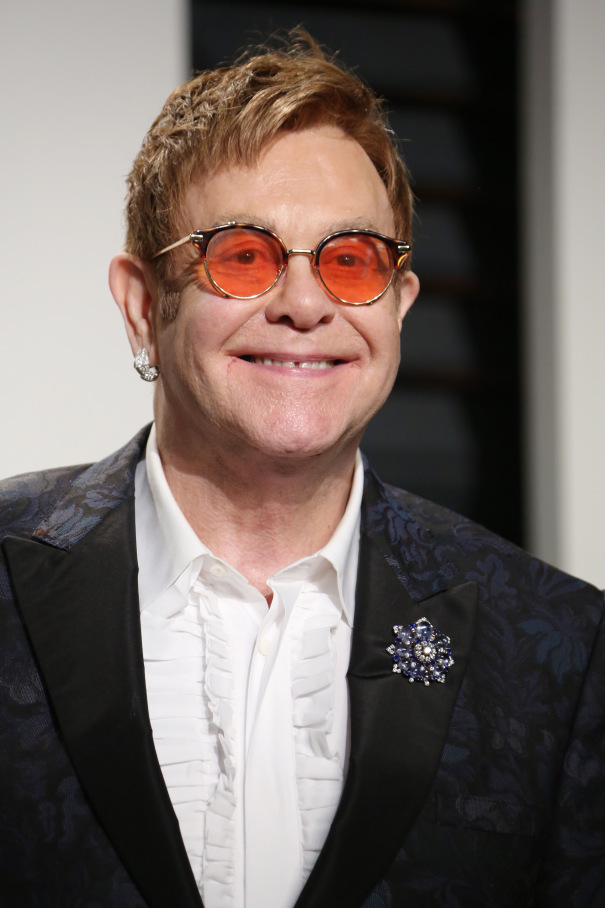 British iconic artist Elton John who is currently on his farewell concert tour is now realizing the price of fame when he invites fans to be with him onstage while he is playing hit songs since there are a few fans who cross the line from admiration their favorite singer to interrupting him while he is singing his hit songs that have earned him accolades from fans and critics alike.

One fan wanted to give a high five to Elton while he was singing his hit song. Elton gave his fan one high five but the fan went over the line by asking for more than a simple high five to tell his favorite singer he admires him.

After the fan persisted in getting Elton’s attention while singing “Saturday Night”, Elton stopped in the middle of the song and walked off the stage so he can compose himself.

When Elton returned to the stage to resume his concert, he grabbed the microphone and scolded the fans with some salty language about being on stage with him and crossing the line of interrupting him while he sang “Saturday Night.”

Elton did tell the fans that he will no longer allow fans to get on stage with him while he sings his hit songs and new material since Elton does not like to have the crowd interrupting his shows. However Elton did his finish his concert in Las Vegas that same evening.

I remember an incident with rock singer John Cougar Mellencamp who was singing his hit song “Hurts So Good” a long time ago when one fan threw an object that struck Mellencamp on the head and knocked him down a long time ago that I read in a music magazine.

The jokes about recording artists like John and Mellencamp is that songs that have lyrics about fighting or being hurt will give the fans of the artist to take what the lyrics of their hit songs will give them a license to try to be famous by throwing objects or getting too close to their favorite singers while they are singing their hit songs.