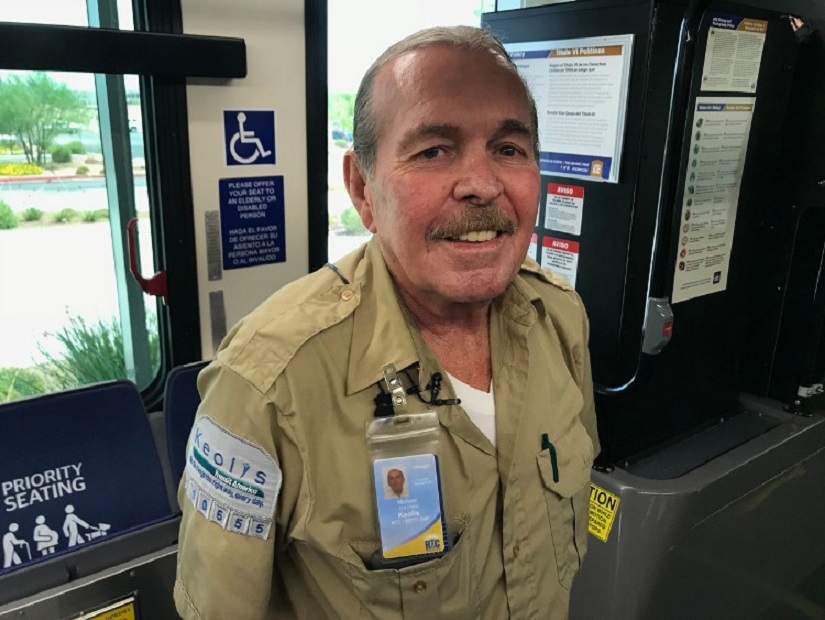 Mike Blair who is a bus driver who is employed by the Regional Transportation Commission of Southern Nevada for five years has become famous after he assisted an elderly 92 year old man who had a tough time getting aboard the bus due to the extreme heat which reached around over 100 degrees Fahrenheit outside.

Blair who has five years of experience as a bus driver with the company came in handy when he stopped the bus and assisted the 92 year old man to get inside the bus.

Blair then offered the elderly man a bottle of water that he had in his lunch box so the elderly man could cool off since he was showing signs of dehydration from the heat outside the bus.

Blair is being called a life saver by taking care of a passenger that could have passed away due to a lack of water to drink had Blair attended to his needs of taking care of anyone who needed his help.

What really makes this story wonderful was that thanks to the quick thinking of Mike Blair to take care of the needs of a passenger who needed fluids to recharge his body, was that in ten minutes the elderly man was able to walk off of the bus under his power when he was going to get off at the his scheduled stop..

The elderly man told Blair that he was 92 years of age. He thanked Blair for being kind to him during his time of need.

Blair has become famous in his workplace since the kind act of kindness was recorded by a passenger who used his video camera and sent to the social media websites which gained a lot of likes.

Now there is one Mike that we should be wise to follow his example of kind service.