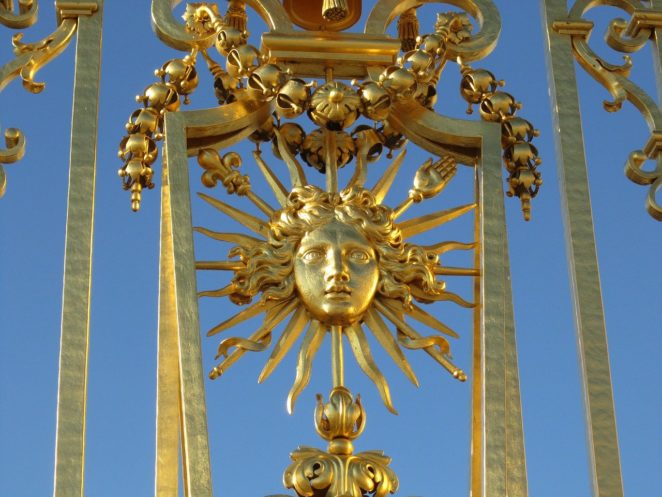 France in the Reign of King Louis XIV was a powerful country, waging wars to conquer more land.  But inside the King Louis XIV was a vain, pompous, but hard working monarch.  He refused to have any advisers, and ran the country by himself.  His life was cut short by a gangrene infection that the doctors didn’t notice.  His son and favorite grandson both died during his lifetime, and he left a sickly 5 year old grandson as King.

He made his nobles fight for the right to hand him his shirt in the mornings, and had an elaborate ceremony when he got up on the morning and going to bed a night.  Each noble had to spend lots of money to keep in his good graces, and when they ran out of money he gave out favors so that they wouldn’t even think of revolt.

He chose the sun as his emblem, and felt that he was a god, and his laws were just and fair. The gardens of Versailles had statues of the Greek gods, but all the faces were his own.

His policies of taxation of the pesant class helped sow the seeds of the French Revolution.

I hope that we can learn from the past to prevent the same things to happen now.

Here is my lesson plan about this important time in history.