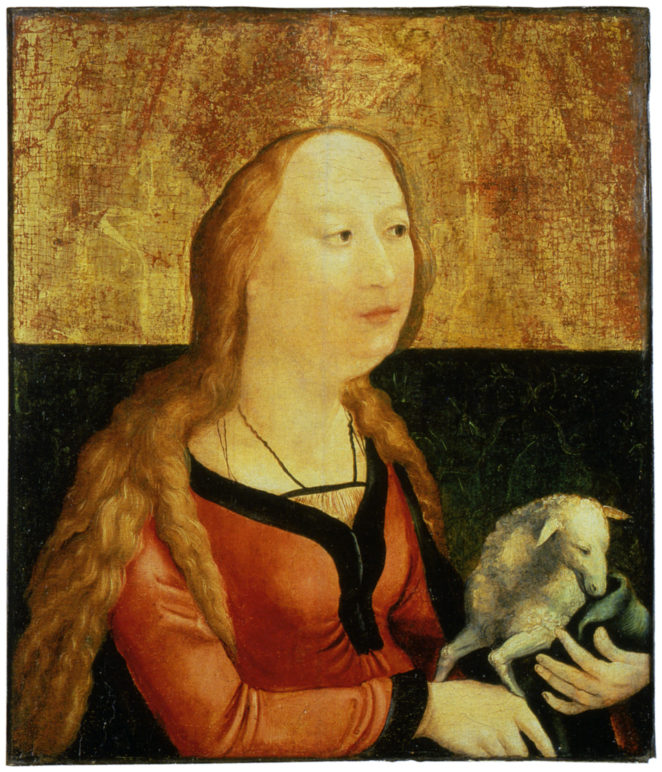 21st January is the saint’s day for Agnes, a young Roman girl who was martyred in the 4th century during the persecutions carried out during the reign of Emperor Diocletian. 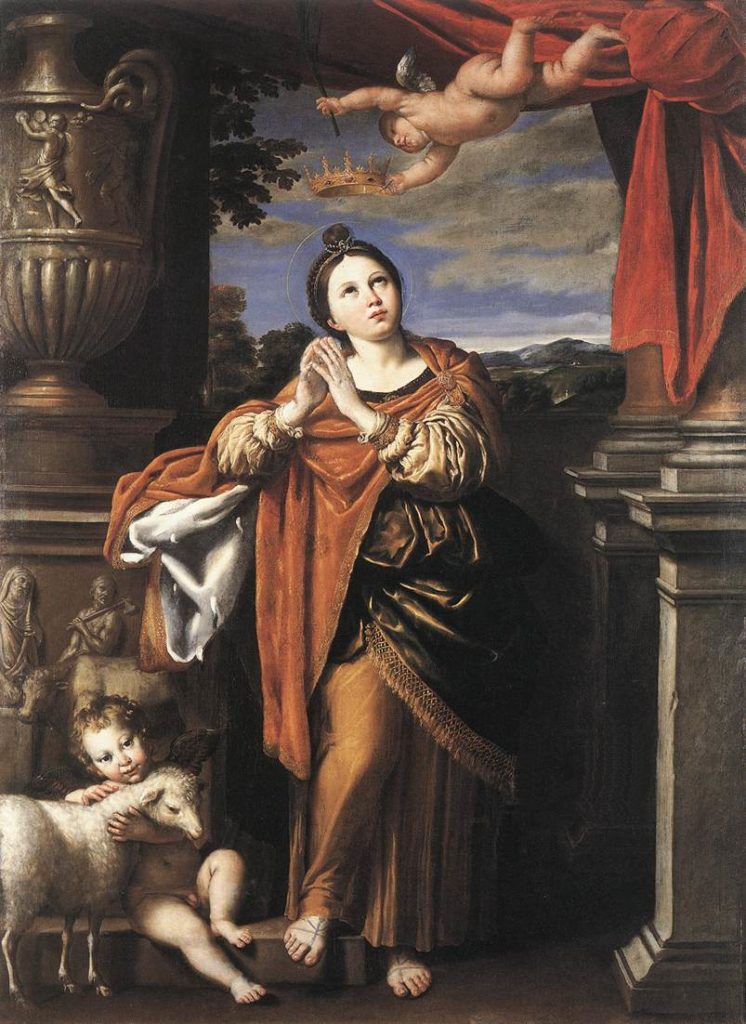 Agnes came from a wealthy family and was remarkably beautiful, these being two good reasons why many local young men thought of her as a potential bride. However, she was determined to remain pure and unmarried because she declared that Christ was her bridegroom.

She therefore faced threats of being denounced as a Christian unless she recanted her faith and agreed to marry one of her suitors.

Presumably the threat was carried out, because the local governor got to hear about Agnes and decided that the only way to break her will was to make her work in a brothel, where her virginity would soon be lost and she would be shamed into abandoning her faith.

However, this did not work because her meekness and purity had the effect of shaming potential customers into leaving her alone.

The governor saw no alternative to having her tortured, despite the fact that she was only 13 years old. Agnes faced her torturers with courage and welcomed what they were about to do to her because her beauty was a curse and without it she would not have to deal with her suitors.

This attitude so enraged the governor that he had her killed, either by beheading or a stab to the throat.

The church of Sant’ Agnese Fuori le Mura stands today over the place where Agnes is reputed to have been buried.

The story of St Agnes has very strong parallels with that of St Lucy, and it is quite possible that the Church managed to create two saints out of one, but which was real and which an invention is open to debate!