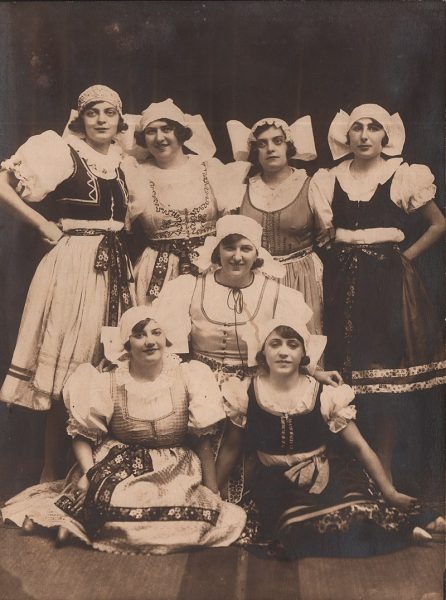 Initial activities are mainly related to fundraising. They set up wherever opportunities are permitted, and obtained money was transported to Belgrade where he deployed where it is most needed. Since 1906, Kolo issue of the magazine-calendar on which they collaborated a number of celebrities from the world of culture, science and art. Some called it “National Textbook”, the official name was “Vardar” in order to highlight the national unification. The magazine reached a circulation of 40,000 copies.

That same year, the sisters were organized and voluntary course for nurses. By the beginning of the Balkan wars Kolo had more than 200 members specially trained to care for the wounded. Association despite a number of activities had their offices.

Only in 1912 he granted space in the House of the Association “Sveti Sava” and gatherings are organized in a primary school near the Cathedral. During the Balkan wars and the First World War Circle of Serbian Sisters has adapted its activities in line with the needs. They organized a spare office of the hospital, took care of the wounded and combating disease. Work in cooperation with the Military Medical Services and the Red Cross, and was serving as the voluntary contributions. Formed the collection centers, shared food and clothing for the army forces.