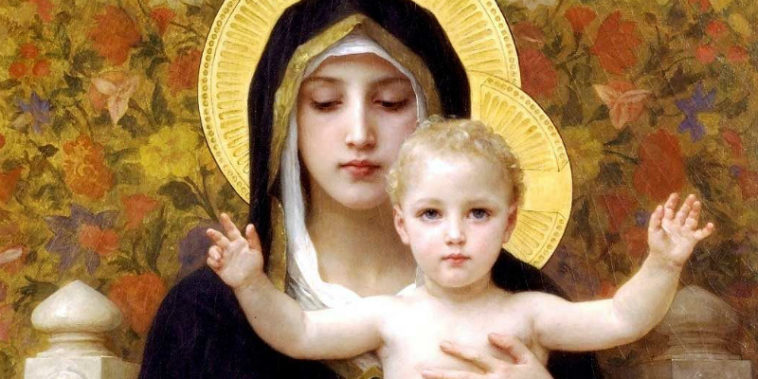 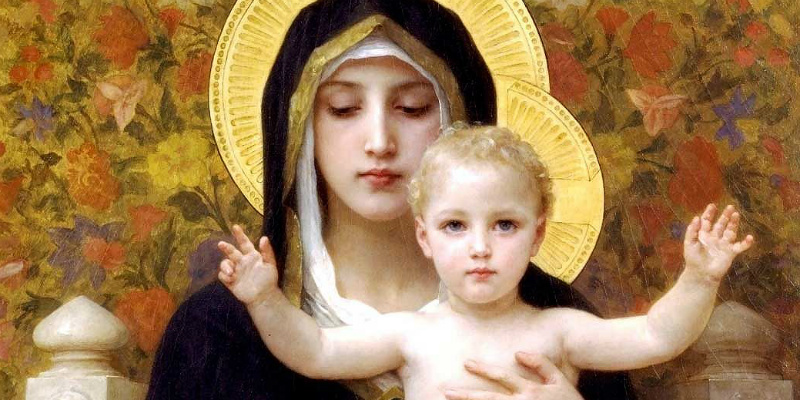 Second Council of Constantinople (353-354 AD)The documents of this council twice refer to Mary as “ever-virgin”.

Augustine of Hippo (354-430)Augustine taught that Mary had taken a vow of virginity based on the scripture “How shall this be done, because I know not man?”

“Therefore also is her virginity all the more pleasing and acceptable, because Christ did not prevent what he had preserved from being violated by a man only after he had been conceived, but had elected her from whom he was to be born after she had dedicated herself to God even before he was conceived. This is indicated by the words with which she answered the angel who announced to her that she was to have a child … which she would certainly not have said if she had not vowed herself to God already before. But because such a thing had until then been rejected by the customs of the Israelites, she was betrothed to a just man, not that he should rob her of what she had already vowed, but rather that he should guard it against violation” [De Sancta Virginitate, 4,4].

“Her husband should be a witness of her virginal purity” [Sermo 225,2].

“Some want to deny Mary’s virginity after she gave birth. Such a great sacrilege should not remain uncondemned.”

St. JeromeAround the year 382 Helvidius wrote a small book which asserted that the brothers and sisters of Jesus were offspring of Joseph and Mary conceived after the birth of Jesus. Almost nothing is known about Helvidius and the book has not survived but his points are known as a result of St. Jerome’s refutation of his work, Adversus Helvidium de perpetua virginitate beate Mariae.

Pseudo-IgnatiusBirch [1960:114] quotes from the forged Second Epistle to St. John to support his case against Mary’s perpetual virginity without noting that it was not written by St. Ignatius:And in like manner (I desire to see) the venerable James, who is surnamed Just, whom they relate to be very like Christ Jesus in appearance [or, face; omitted in some mss.], in life, and in method of conduct, as if he were a twin brother of the same womb. They say that, if I see him, I see also Jesus Himself, as to all the features and aspects of His body.

First, similarity does not imply common lineage. We’ve all seen people who look very much like another person we know and there are some people who even make a living out of the fact that it is very difficult to distinguish them from someone famous. I happen to look very much like Jerry Garcia of the Grateful Dead; so much so that I have had people ask me for my autograph and start singing to me. However, I am not related to him. Birch ignores this and tries to build his case on the reported physical similarity. The author of this forgery does not state that James and Jesus were children of the same parents, only that they look alike.

Justinus, one of the writers that were in the days of Augustus and Tiberius and Gaius, wrote in his third discourse: Now Mary the Galilaean, who bare the Christ that was crucified in Jerusalem, had not been with a husband. And Joseph did not abandon her; but Joseph continued in sanctity without a wife, he and his five sons by a former wife; and Mary continued without a husband. (1)

Martin Luther’s WritingsChrist … was the only Son of Mary, and the Virgin Mary bore no children besides Him … “brothers” really means “cousins” here, for Holy Writ and the Jews always call cousins brothers. [Sermons on John, chapters 1-4, 1537-39]

God did not derive his divinity from Mary; but it does not follow that it is therefore wrong to say that God was born of Mary, that God is Mary’s Son, and that Mary is God’s mother… She is the true mother of God and bearer of God … Mary suckled God, rocked God to sleep, prepared broth and soup for God, etc. For God and man are one person, one Christ, one Son, one Jesus, not two Christs … just as your son is not two sons … even though he has two natures, body and soul, the body from you, the soul from God alone. (On the Councils and the Church, 1539).