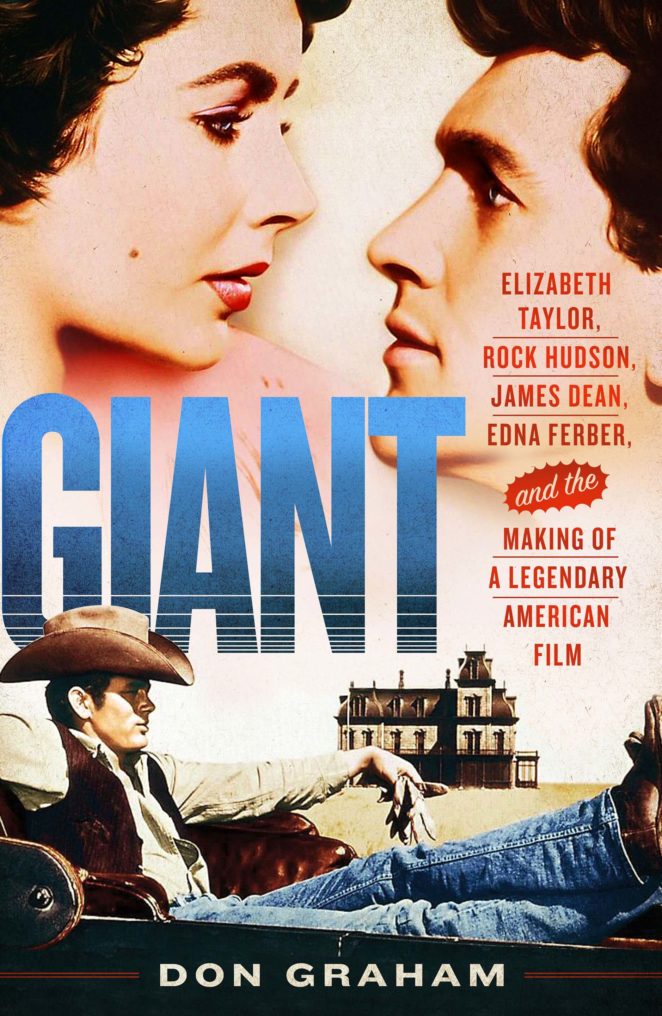 Giant is not only known as the swansong of James Dean, but also as one of the deepest and most profound movies made about the Texas lifestyle ever. Starring the mega-diva Elizabeth Taylor and the personally troubled Rock Hudson, the film was billed as the movie of the decade. Closely based on Edna Ferber’s book of the same title, Giant was publicized as featuring “every personality, every emotion [and] every page of Edna Ferber’s great novel.” Such close depiction of the novel in cinematic form inevitably meant that the author was deeply involved in the filming process, which brought about its own conflicts when Ferber felt that there was deviation from the way in which she wished to have the story retold, which was no doubt fueled by her certainty that her way was the right way (after all, she was a Pulitzer Prize-winning novelist). The egocentrism of all three of the leading characters was also inevitably bound to clash at times with the directorial intention, despite Rock Hudson’s total professionalism in this regard. Don Graham’s portrayal of both the highs and the lows of movie making in such a context is particularly poignant, given that this was to be the final appearance of teenage icon, James Dean, on the silver screen.

A major element in Giant (St. Martin’s Press; ISBN: 978-1-250-06190-4) is the contextualizing of the incidents and events described as occurring in the lives of those involved in the making of the film. Not only is Giant, the book, replete with anecdotes about the stars’ antics both on and off set, but the work also serves as a social documentary of the 1950s as a whole (with the movie premiering in New York City on October 10, 1956). Don Graham’s being an English professor at the University of Texas in Austin serves to enrich the text with the doyen’s intimate knowledge of Texan history and culture, while losing nothing of the fluency and vividness of the telling. As a reflection on contemporaneous times, the release of the movie brought about a general outcry against it serving as an expose of the corruption and greedy land grabbing that was rampant at that stage in American history.

The raw grit and beauty of the American landscape also forms the formidable landscape against which the drama plays out. Graham devotes some time to revealing what effect the location shooting (first in Charlottesville, Virginia and later in Marfa, Texas) of the movie (on which director George Stevens insisted) had on the cast and supporting team involved. According to Graham, Albemarle County in Virginia was chosen as an appropriate setting for “its beauty and its historical associations with the Old South,” with the Marfa area of Texas being a perfect backdrop to such a lavish production as Giant, with one of the key supporting actors, Texas native Chill Wills (who played the role of Uncle Bawley, an affable elderly bachelor), having already made the low-budget movie, High Lonesome (1950), there half a decade before. To Stevens, Giant had to depict the real wild Texan West, so that including in the cast authentic-sounding and -looking characters was of prime importance.

Giant contains numerous black-and-white photographs of the lead actors, both on and off set, as well as of them hobnobbing with the production team. As befits a work of this nature, there are numerous notes, as well as a comprehensive bibliography and a well-compiled index. Such care has been taken with the accuracy of every detail that Giant: Elizabeth Taylor, Rock Hudson, James Dean, Edna Ferber, and the Making of a Legendary American Film should form a valuable addition to any film buff’s or cultural historian’s collection.