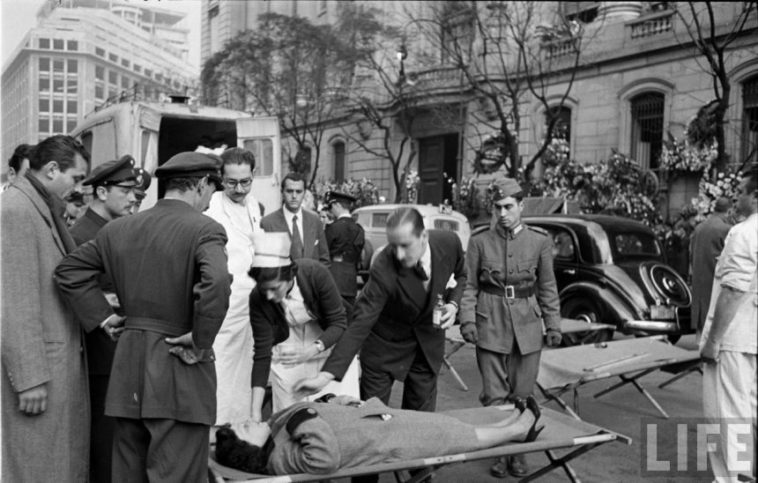 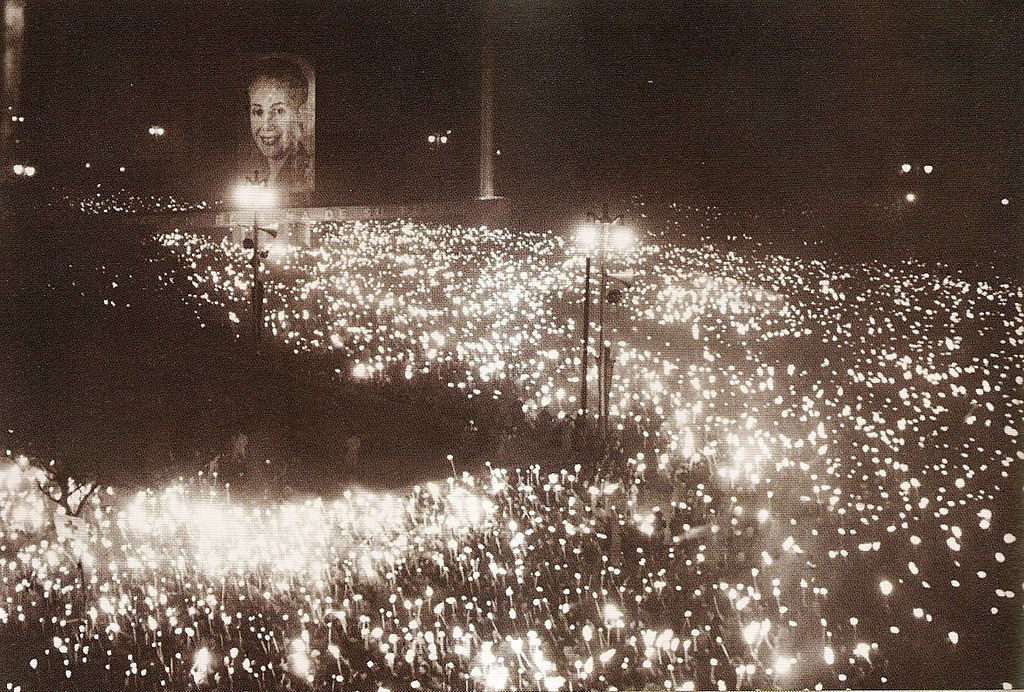 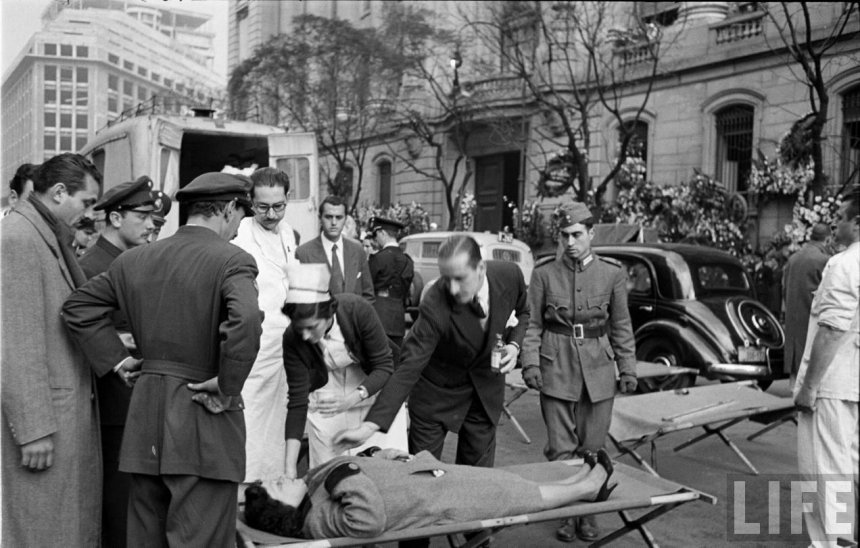 The news of the death of “spiritual forerunners,” hit the Argentinean nowhere. Declared a state of emergency almost: the institutions have ceased to work, the children returned from school, radio stopped broadcasting the program .. During the day, saddened people began to gather around the residence where Evita died; so many people were not blocked streets in the 10 blocks around the building.

As they passed her body from the palace to the building of the Ministry of Labor thousands of people tried to approach her, which led to 8 deaths and 2,000 injured. Two weeks her body has been exposed in a glass sarcophagus in the building of the Ministry of Labor, a column of people who came to greet his Evita lined for miles. It’s gone flowers in Buenos Aires, but they had to import from Chile. Even the special memorial ceremony was held for Argentine athletes during the LOI in Helsinki.

Eva Peron was given a state funeral with full honors, although it was not officially official. On the ninth of August, her body was transferred to the Capitol, where the statesmen had the honor to be with her indulgences without interfering with the plebs. The next day, a funeral procession was accompanied by Peron and his cabinet, Eve family party delegates, and workers, nurses, students and many others – three million people was escorted Eva Peron at last rest. She was only 33 years old when she died.