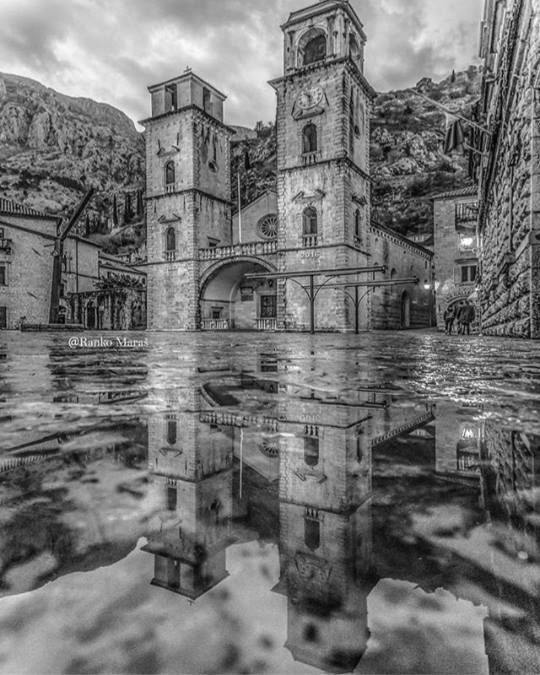 Cathedral of Saint Tryphon – Kotor is one of the symbols of Kotor … is located on the square, next to the Kotor Diocese and the Palace of Drago … Cathedral was built 809.godine and just at that time known Kotor citizen Andrea Saracenis purchased from Venetian merchants, who were stranded on Rose, relics Tripun … the cathedral was built in the Romanesque style, with elements of Byzantine architecture … its layout was changed over the centuries, largely due to the earthquake, the strongest of which were in 1667 and 1979. ..after each earthquake … cathedral was rebuilt on the west facade are two bell towers (north is 33 m high and 35 m south