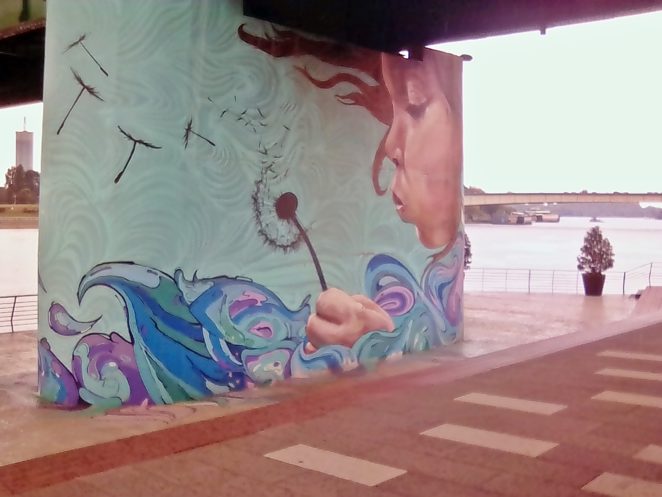 He was quite gloomy and cloudy. I got out of the bus and went down to the Sava River to see how the construction of towers called “Belgrade on the Water”

This was a fierce controversy. The opposition accused the government of that time. It was probably the money in question.

In fact, the old pre-war buildings had to be demolished and a new modern comlex was built.

I took photos for a walk.