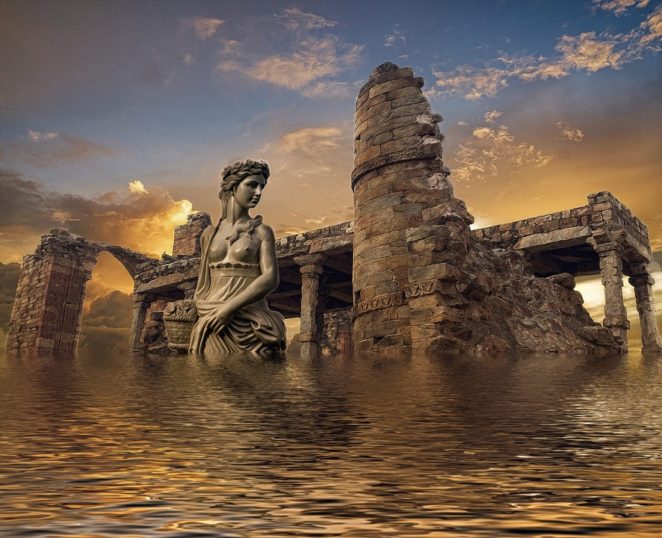 It is a current trend for many “alternative” researchers to contest the modern theory of the rise of man from simple beginnings in the ice age to what we have today. Theories of a Golden Age in the recent past of 13,000 or so years ago, the time of Atlantis, are prevalent. Graham Hancock is probably the most famous, or infamous, researcher with a theory of the Golden Age of man.

Basically, the theory is that there was an advanced civilization in the past, that was somehow destroyed. The high priests of this civilization survived to bring a new round of civilization to the remnants of the world, and thus the Pyramids etc.

My opinion is that this Atlantis civilization never existed. I just don’t see any evidence of it. Where are the destroyed cities and artifacts of an advanced civilization? They say they were mostly on the coastlines, and thus underwater now. I say that is silly. ALL of them were on the coastlines? I find that hard to believe. If our modern day culture vanished, I am sure there would be plenty of evidence in 13,000 years, all over the globe.

The Pyramids are an enigma, however. I think there is another explanation, which I will discuss in another post.