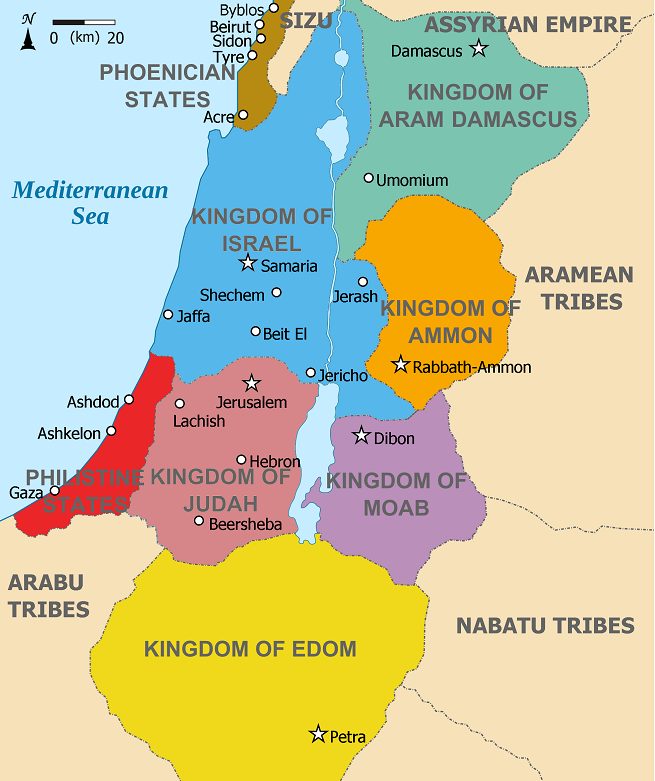 Aramaic is a group of northwest Semitic languages of Palestine spoken during biblical times.  It includes the language spoken by Jesus. It is mentioned in the Old Testament, in the second chapter of the first book of Chronicles.

TheArameans were a desert people who lived along with the Israelites. Sometimes they lived together peacefully.  Sometimes NOT.  The name for this place is translated by some as Syria and by others as Mesopotamia.  In the Bible book of Judges, the third chapter, an Aramaean ruler named Cushan-Rishathaim oppressed the Israelites for 8years.  In the first book of Kings, another ruler named Rezon, founded an Aramaen city-state and they bitterly opposed Israel for generations.  HOWEVER … when the kingdom of Israel became a divided kingdom, if another enemy was even more hostile, they would join forces and unite against a common foe.  The relationship was complicated.

A good analogy is that it’s sort of reminds me of family.  It’s OK if two brothers fight each other.  But if somebody who is not considered a brother tries to attack either one of them, then both brothers join together to fight the attacker.

Image credit: The Southern Levant c. 830 BC, with the Aramean state of Aram-Damascus in the northwest

Statute of a seated man of Neo-Hittite or Aramaean origin that dates back to the mid 9th to mid 8th century BC. Both Hittites and Aramaeans were conquered by the Assyrian Empire around 740 BC. Boston Museum of Fine Arts, Boston, MA. pic.twitter.com/3LT5N1QLr5

Over the millennia, Damascus was fought over and occupied by different the Aramaeans, Assyrians, Achaemenids, Greeks, Nabataeans, Romans, Umayyads, Mongols, Turks, and the French. https://t.co/q4aACNtA5c

“So he delivered him over to them to be crucified. So they took Jesus, and he went out, bearing his own cross, to the place called The Place of a Skull, which in Aramaic is called Golgotha. There they crucified him…”