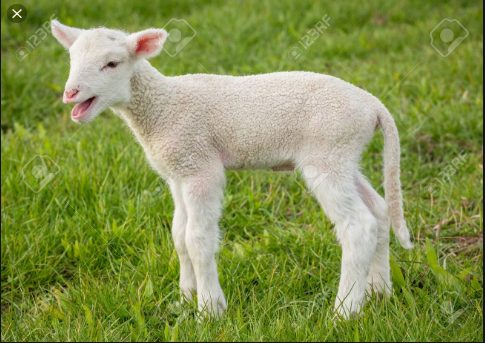 Yes I am going to try to catch up on the crazy alphabet challenge by going backwards to the letters which I missed posting on. My word starting with the letter A in French (Canadian variant) is ” Agneau” which is a lamb in English.

This specific word “Agneau” applies to a young male sheep (a ram which is a “bélier” in French) below one year old while the word “Agnelle” designates a “ewe” or female sheep (“brebis”  in French) below one year old. In the old French language “agneau” was named “agnel” which originally came from the Latin “agnelus” (small “agneau” (lamb)) or “agnelet”.

It is estimated that sheep have been domesticated in the Middle East around 12,000 years ago. They are mostly used for their milk, meat, skin and their coat of course for wool. Sheep are everywhere in the world but mostly raised in large numbers now in Australia, New Zealand, China, Nigeria, Patagonia and the Uited Kingdom.

The prononciation of the word “Agneau”, at least in my humble perception, can be divided like this: “A” just like in ah! ah! or Ha! Ha! in English but without the letter H. The “g” can be related to the “n” in anew as you do not really put too much accent on the “g” in this French word. The last part “neau” is simply pronounced as the word “no”.

So, again, I hope you enjoyed your French lesson. See you soon at the letter “B”.