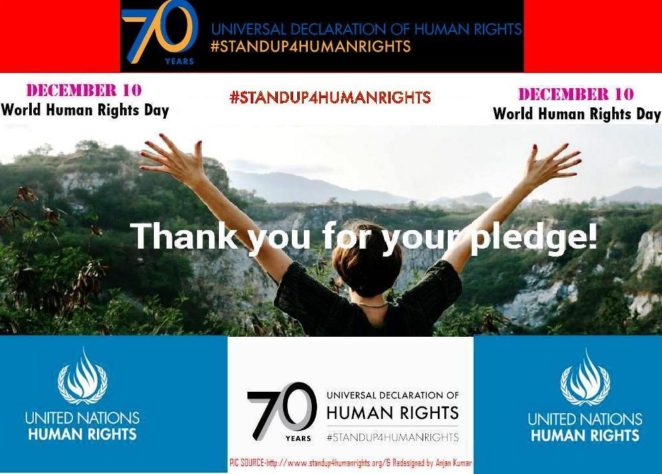 Let’s celebrate 70years of Universal Declaration of Human Rights on this Auspicious Day of Human Right, December 10 as it has been preaching across the Globe by the United Nations since then for the sake of World Peace, Global Unity and Prosperous Brotherhood among all the countries of the world.

This Day of December 10 is celebrated as the ‘Human Rights Day’ by all the Peace Messengers of this world Toady including all the Member States affiliated to the United Nations. The clear Message behind this observation is to restore Equality, Justice and Human Dignity despite of varied castes and Communities , creed and religion along with different regions and Languages across the Globe.

The Universal Declaration of Human Rights for this Human World by United Nations also going to touch it’s Mark of a long Journey , as long as 70years in 2018 as it was introduced and initiated world wide in the year 1948 just after the IInd World War.

The Entire Documents of this Universal Declaration are meant to have by all sections of people in the WORLD for their existence and livelihoods which are can be used as the ultimate weapon to save and secure the freedom of liberty, speech and expression as we born free. The reason of adoption by all the sections of people having different regions and languages in the world the said document was translated into as many as 500 different languages of the world at present. 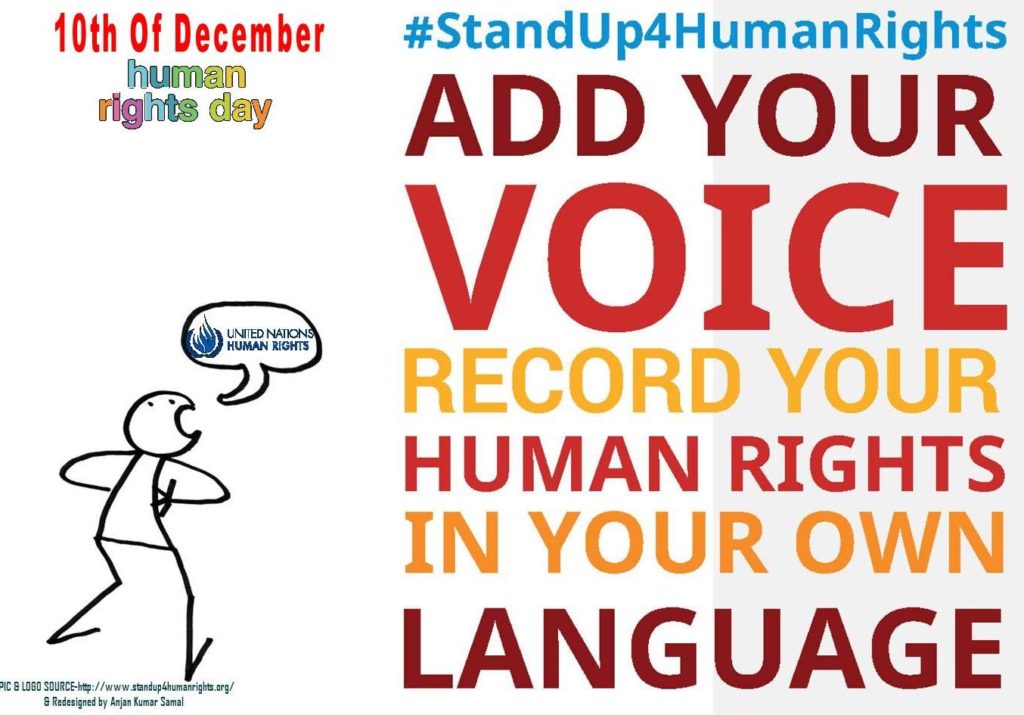 On the Auspicious Occasion of World Human Right Day ,December 10,I would like to share this valuable page link of United Nations Human Rights to know about all of Our Human Rights,So Please Log in to-http://www.standup4humanrights.org/ .