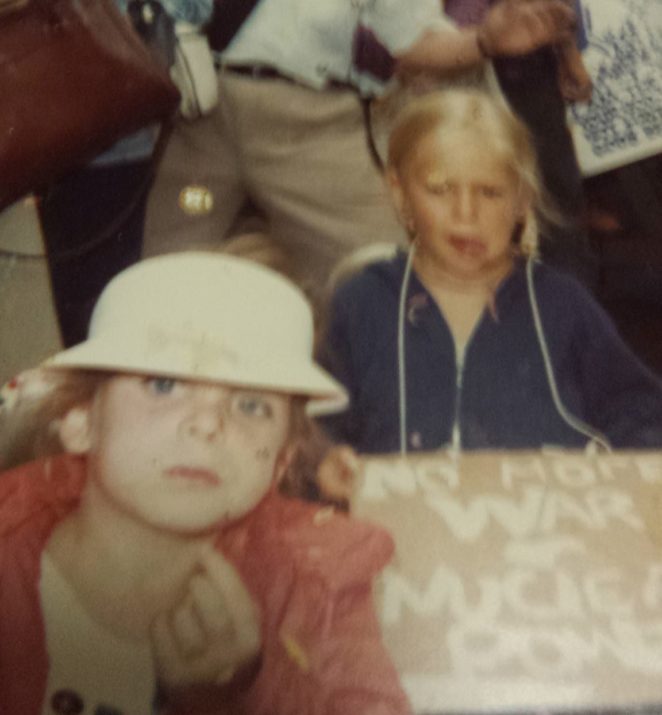 When I first heard of the planned demonstration at the United Nations First Special Session on Disarmament, I knew I had to be there. Howard Marston, a 77 year old peace activist from Rockport, Massachusetts arranged for me to stay with friends of hìs in Cambridge, so that I could hop a bus chartered by Boston Mobilization For Survival chapter and be on the road early that morning.

I spent a lovely evening feasting on Kentucky fried Chicken and Beer with Howard’s friend’s Charlie & Nancy, and stayed up till midnight discussing their experiences in the peace movement. We were in New York and assembling to march before noon. A young man greeted us as we got of the bus and asked if we wanted to be part of the “Die In”. I said “Count me in”. I was given a placard to hang around my neck that read “Nuclear Victim”. I was instructed to join the group gathering across the street from The United Nations at 5:00 P.M.

Prior to that we held a rally calling for an end to nuclear power &weapons and the arms race, and for funding of social programs to meet human needs. At 5:00 P.M. an air raid siren sounded and an orange clad Buddhist monk from Japan beat eerily on a drum. We began to lie down in the street and on the sidewalk across from the session, with our “Nuclear Victim” signs facing up. Over 200 of us in a busy New York Street made an impression on many passersby, and we hoped would impact the represrentatives gathered for this special session. It was great street theatre. We did not know at the time that our little demonstration would be followed four years later with a million people in Central park for the same cause.