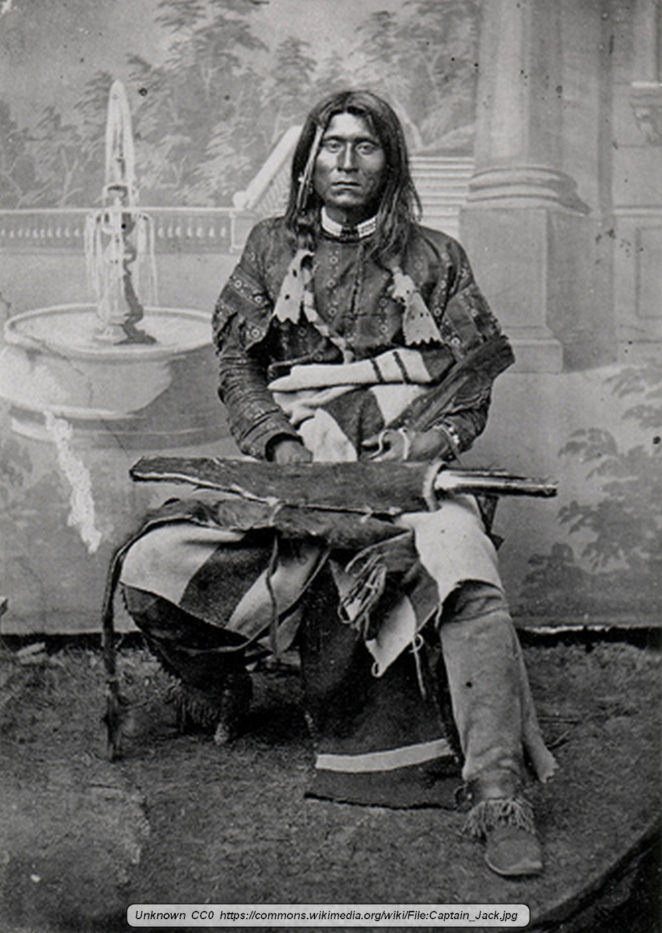 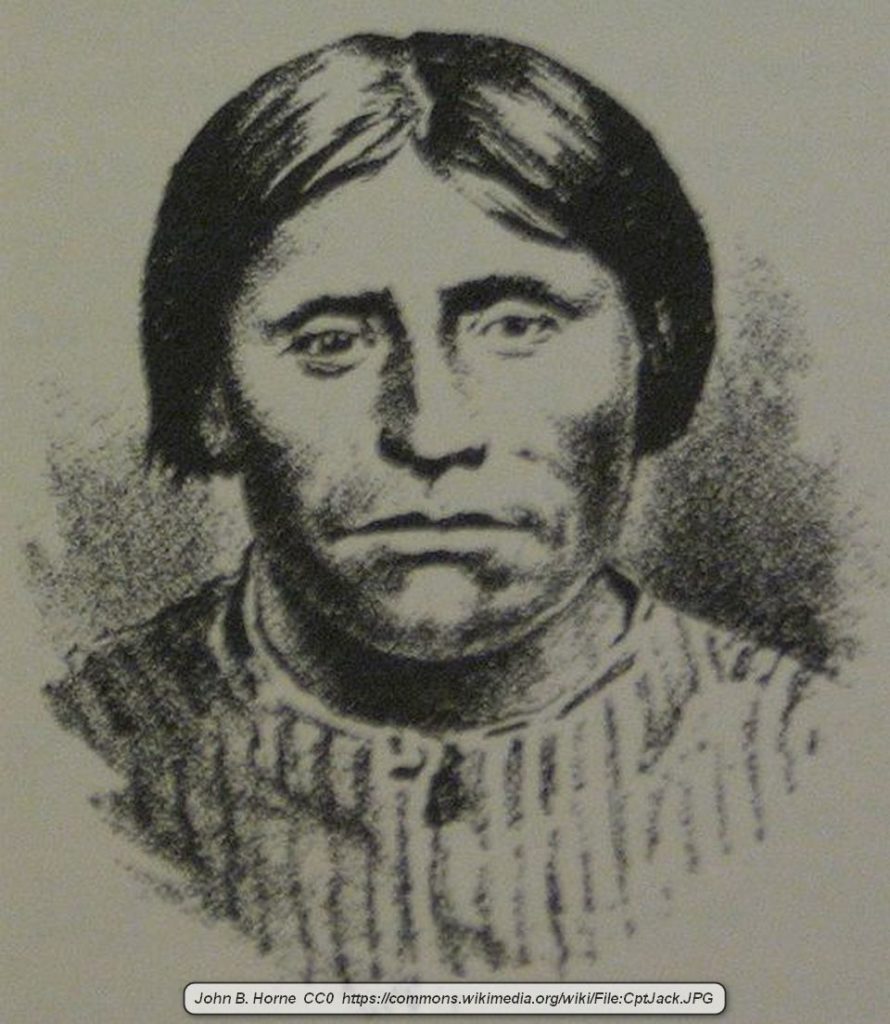 In extreme northern California, near the Oregon-California border and next to Lava Beds National Monument, there is a place called Captain Jack’s Stronghold. It isn’t particularly difficult to get a history of this place, however as has so often occurred, that history is tainted and slanted without telling the whole story and without telling the truth. In particular, the history is written from the standpoint of the US cavalry, with very little input from the Modoc Indians, who were major players in the saga. Indeed, many of the official statistics were exaggerated in a way to make the cavalry look better and to make the Indians look worse. 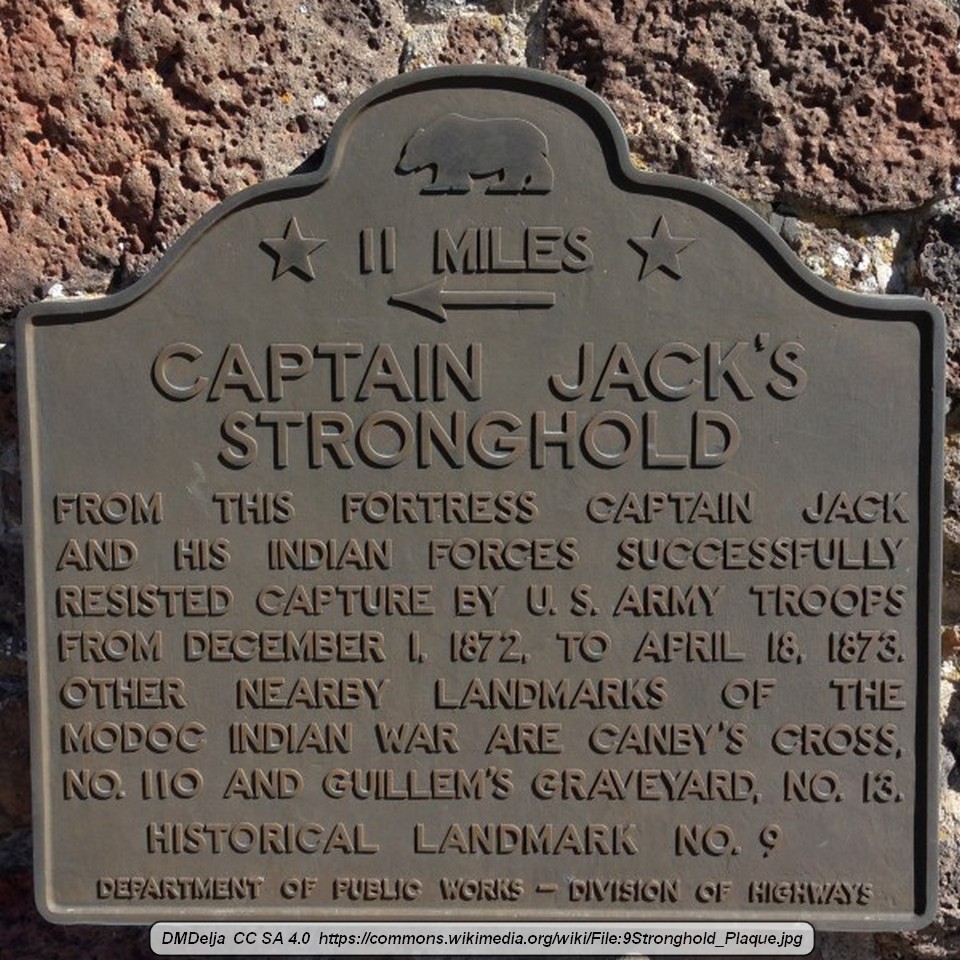 At the time, the Modocs were one of three tribes that lived in the area; the Modocs, Klamaths, and the Yahooskin or Pit River Indians. It is important to understand that these were three separate tribes and they didn’t get along with each other. For the most part, they still don’t. The fact that the three tribes were often at war with one another has a huge bearing on what happened at the stronghold. This part is also often ignored by official historians, who try to maintain to this day that the three tribes were all segments of the Klamath Indian tribe.

In the mid-1800’s, the cavalry collected the Klamaths, Modocs, and Yahooskins Indians and put them on a small area of land that would become the forerunner of the Klamath Indian Reservation. Among those captive Indians was the chief of the Modoc tribe, Kintpoose or Kintpuash. His Americanized name was Captain Jack.

As has been the case of so many other Indian reservations, even today, the conditions that the Indians were forced to live under were inhospitable and basically inhumane. Added to the fact that three warring tribes had been forcibly thrust together, the conditions were intolerable.

Being a good leader, Cap’n Jack lead a small band of Modocs away from the reservation. The total number of Modocs he led is officially stated as ‘about 180’, though the actual number was almost certainly less, probably about 40. 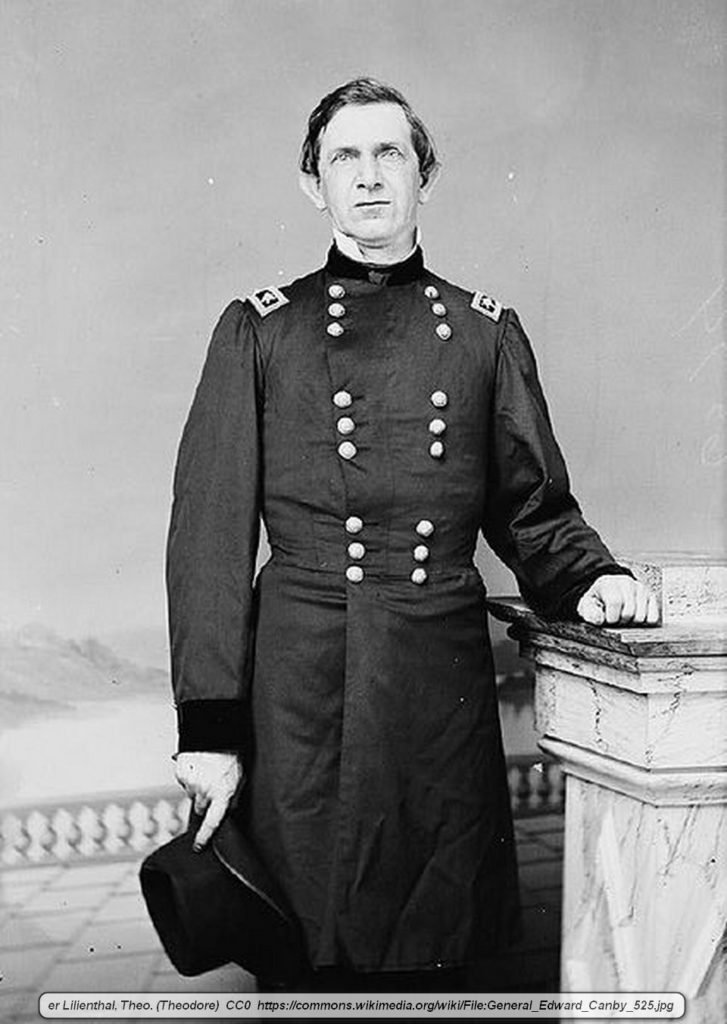 Cap’n Jack led the men, women, and children back toward their tribal ‘home’, which included the area of what is now known as the Lava Beds. The lava beds are an area dominated by an old lava flow that covered a large amount of land. The area looks rather desolate even today, but the Modocs knew the area well. Despite the appearance of the land, this was one of the hunting grounds for the Modocs. To someone not well acquainted with the area, it looked like there was no game to be found, yet game was (and is) abundant there.

The land held no importance to the US Army, however, it was much easier to contain and control the Indians if they were all together on the reservation, so in 1872, the Army was ordered to return the Modocs to the Klamath Reservation. Cap’n Jack, who was a peace-loving man, sought to negotiate a settlement whereby they could be given their own small reservation.

During the negotiation, one of the soldiers killed one of the Modocs, with little provocation and while the Indian had little chance since there was no possibility for a fair fight. Naturally, this part is glossed over in official records.

Thus began the Modoc War and Cap’n Jack led a band of 23 of his Modoc warriors deeper into the lava beds. Incorrect official records say that his band was over twice as large as it was. Official records also state that the band ‘fled’ into the Lava Beds and this was most definitely not the case. Those Modocs were already home and they moved to a location they knew they could hold. It was a strategic move and they were fleeing no one, despite the fact that they were tremendously outnumbered by the Army.

The Army, led by General Canby, attempted to kill Cap’n Jack’s band but was unable to even inflict any damages. They tried to lay siege, but that also didn’t work. The Modocs had no trouble procuring food and many of the ice caves, formed in large lava bubbles that mostly aren’t apparent from the surface, contained large quantities of ice. The Modocs had plenty of food and water, so the Army, who didn’t know the area, actually suffered far worse than the Modocs. In fact, the Modocs routinely raided the army under the cloak of darkness, stealing blankets and almost anything else they desired, including guns and ammunition.

Canby tried to attack several times, however each time he closed in on the Modocs, they seemed to vanish into the countryside. Despite having reinforcements sent repeatedly, Cap’n Jack and his men had no problem holding off the 3,000 seasoned army soldiers who had been ordered to return them to the Klamath Reservation.

This continues in part two