This is the second part of explaining the truth about Captain Jack’s Stronghold and the Modoc War.

Treachery to end the war 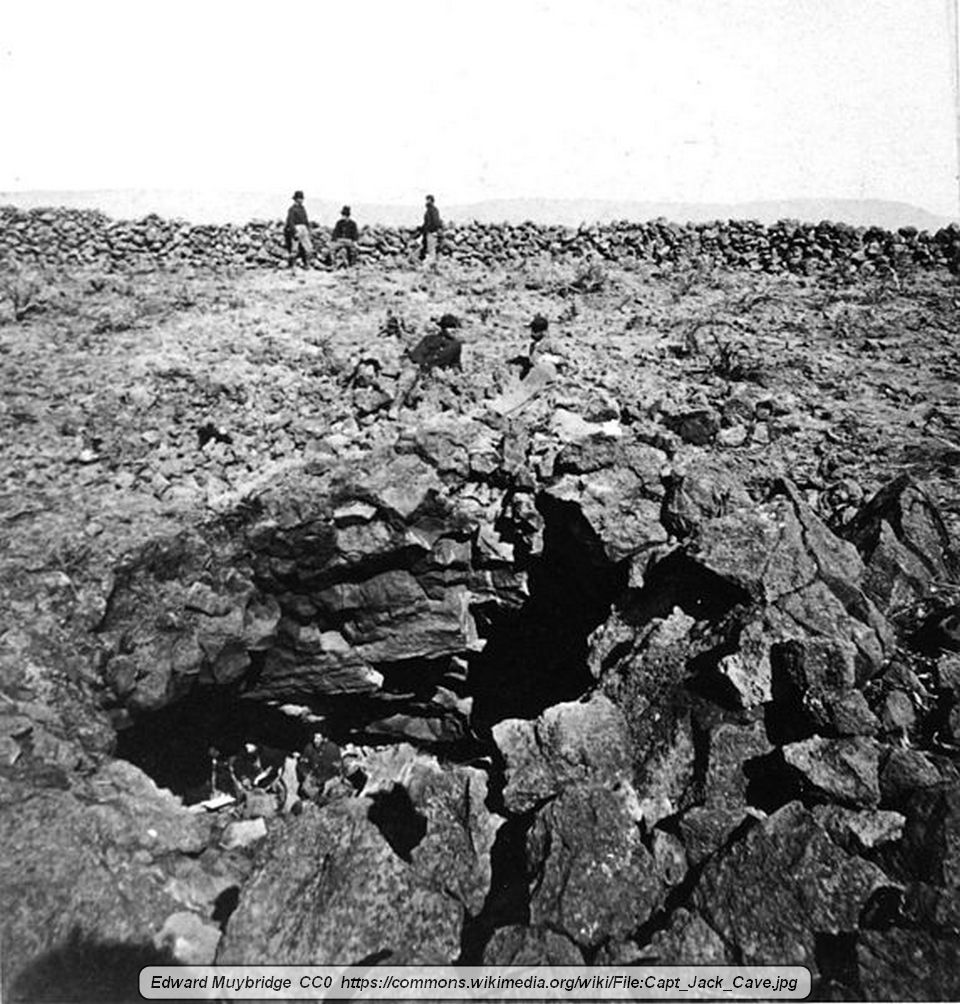 There is little doubt that Cap’n Jack and his men could have held the army off indefinitely. That is especially in light of the fact that the only casualties suffered were Army soldiers and the soldiers were becoming worn down and disheartened. Again, this part of history has been largely rewritten.

General Canby realized that he was basically fighting a losing battle, though his forces outnumbered Cap’n Jack’s by over 10 to 1. He was a prideful man and by this time, Cap’n Jack had humiliated him, though that was certainly not the Chief’s intent.

Canby came up with a ploy to capture and kill Cap’n Jack. Canby knew that Cap’n Jack wanted peace and simply wanted his people to be given a small amount of land where they could live in peace. So he arranged a meeting with Cap’n Jack, indicating to the chief that he acknowledged defeat and saying that he wanted to negotiate the possibility of setting aside land for the Modocs. This was all the Modocs had wanted from the beginning, so Cap’n Jack agreed to the meeting. He wasn’t tremendously concerned about meeting with Canby, since to the Modocs, once you won a war, you didn’t keep fighting.

Canby had set a trap, however. He planned on killing Captain Jack when he had the chief alone. That plan was partly thwarted when Captain Jack came to the meeting with three of his men; Black Jim, Boston Charley, and John Schonchin. Captain Jack wasn’t alone. Canby’s men still attempted to kill Captain Jack and in the attempt, General Canby was killed.

In a rewrite of the facts, it was stated that the Modocs had attacked first and that their intention was to kill Canby. Naturally, that not only isn’t true, it wouldn’t make any sense to the Modocs, who believed (with Canby’s urging) that they’d won the war. 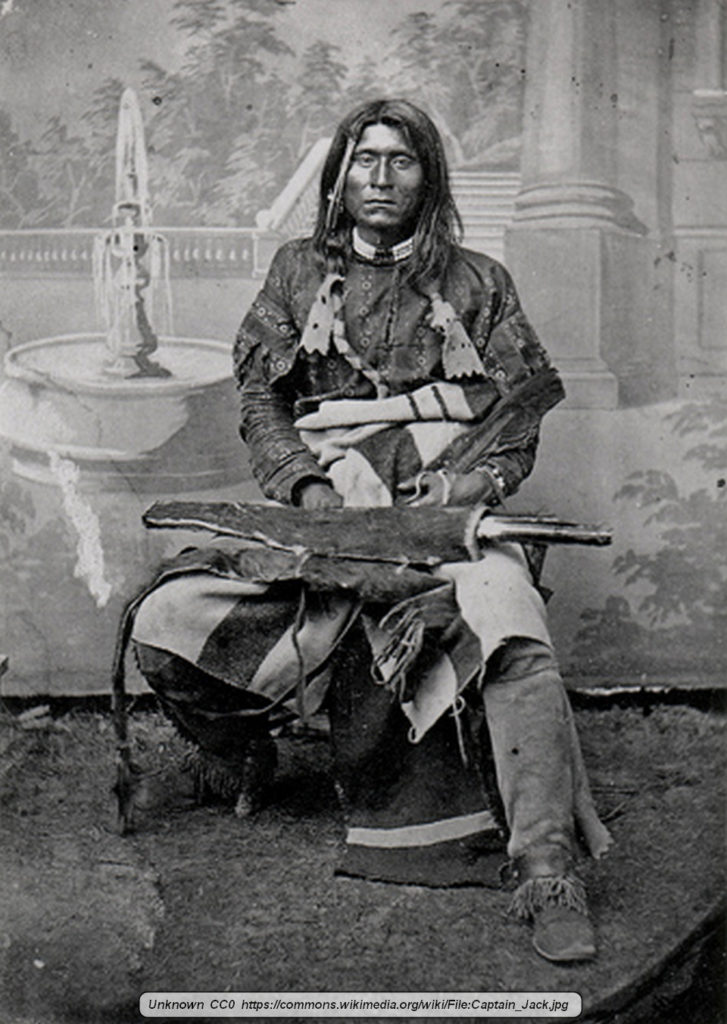 On October 3, 1873, Captain Jack and his three men were hung at Fort Klamath, Oregon for war crimes, though they never committed any. There is another part to the story, too. After hanging, their heads were removed from their bodies. The heads were sent to Washington D.C. and the Indians were allowed to bury the bodies.

Now, to a Modoc, a person’s soul can’t rest unless their heads and bodies are buried together. From that time, the Modocs pled that the US Government return the heads for burial. That finally occurred within my lifetime. The problem was that by then, there was no way to tell which head belonged to which body. The best that could be done was to bury the bodies and heads altogether.

A great deal of history was rewritten to put the US army in a good light. Even now, if you look the information up online, you are likely to see the version that tries to paint the Indians as the ‘bad guys’. The truth isn’t yielded easily, without a lot of digging.

I’ve had the supreme honor of having starting points for getting at the truth because at one point my sister married a man who was nicknamed “Buddy”. Buddy’s aunt was “Aunt Jenny”, and as it happens, Aunt Jenny was Captain Jack’s sister, meaning that Cap’n Jack was his uncle. Buddy still had a number of documents that he shared with me about the Modoc war and Captain Jack’s Stronghold. Buddy passed away some years ago, so much of the truth will likely be buried forever with him. Still, I can give the real history so that people don’t have to rely on the rewritten version.