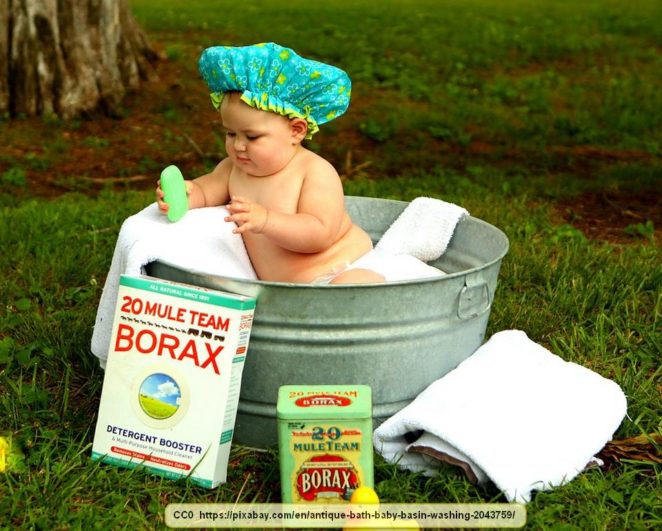 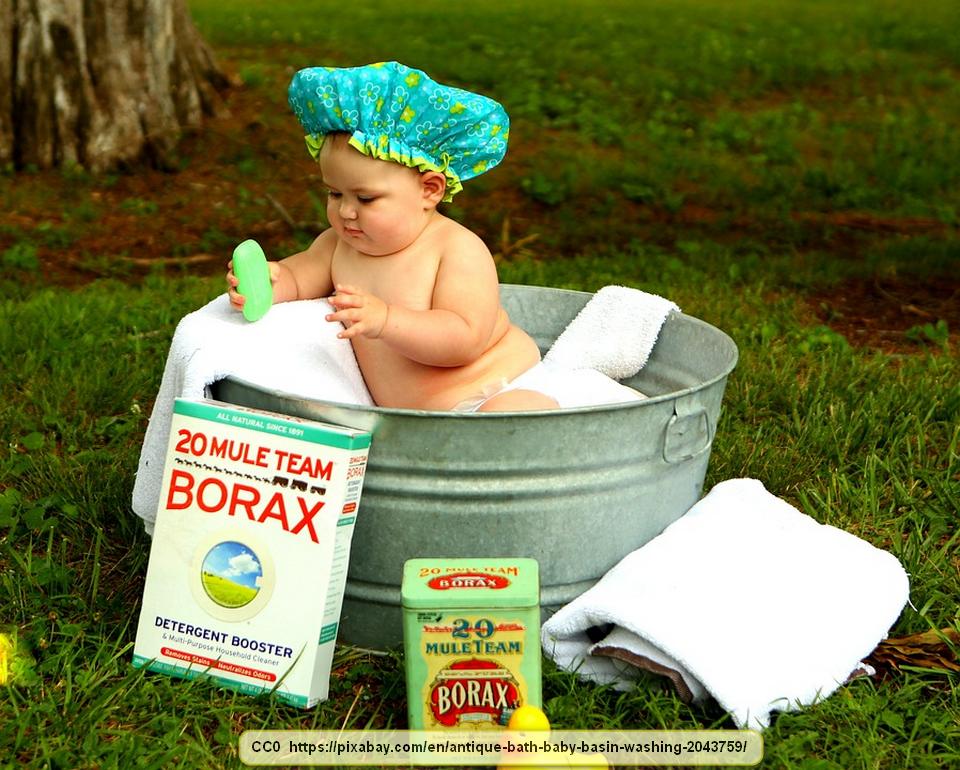 In the early part of the 1500’s, people normally bathed one time each year, as hard as that might be to grasp for us today since we can draw a bath almost anytime we want one. It is from this yearly bathing ritual that we get not one, but two sayings and a few traditions.

The bathing was normally done around the first of June, when the temperatures had warmed up, making it easier to heat up the quantity of water needed for the baths and for people to dry afterward.

Normally, families were large and it wasn’t unusual for a couple to have six or more kids, plus an infant. Needless to say, by the time that the baby was bathed, the water was rather rank and filthy. It isn’t difficult to imagine how murky the water was by the time that the father and all the boy children, then the mother and all the girl children got done with their baths.

It must have been common for the baby to be washed by touch alone, since it would have been hard to see anything in the dirty water, after a year’s worth of accumulated filth was washed off the family, all using the same water.

It is from all of this that we get the phrase, “Don’t throw the baby out with the bathwater”. The meaning is to not throw away valuable things with junk and unwanted things.

Another phrase comes from the once-per-year bathing, too. Since the bathing was done once each year, the boys and girls in the household weren’t likely to be cleaner and smelling fresher than right after the bath. This included the young women who were betrothed and due to get married.

With some wise planning, weddings were often set to occur shortly after ‘bath day’, when the brides could look and smell as fresh as possible. From this, we get the term, “June Bride”, since the bathing day was normally around the first of June. Even today, June is a popular month to get married in, though most people who do probably don’t know where that tradition came from.

In fact, even with a wedding occurring soon after the bath day, the brides probably still didn’t really smell clean. For this reason, the bride and bridesmaids often carried bouquets of fragrant flowers, just as is often done today. Once the bride was actually married, she no longer had a pretense to keep her flowers, so she could safely throw them away. Thus, we have the tradition of the bride throwing the bridal bouquet, which was normally the sweetest-smelling bouquet, after the couple is married. The female catching the bouquet then became the best smelling female at the ceremony, so it was supposed that she would be the next to get married.

Isn’t it amazing how a custom as simple as taking a bath can lead to two idioms and a number of traditions?