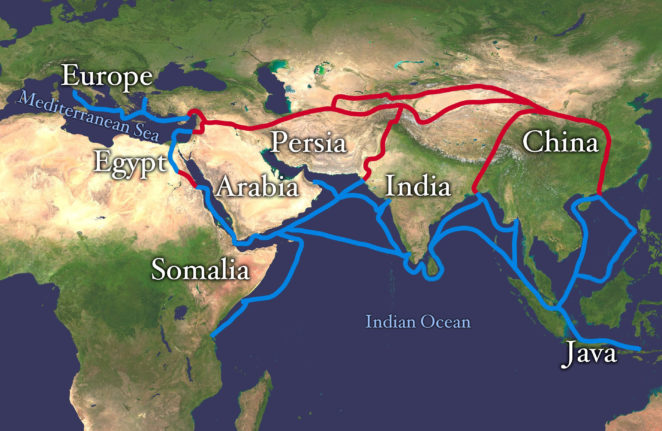 China has been discussing it’s ‘Belt and Road Initiative’  (BRI) as if it is a future plan.   Much of the 1st World has no idea that China has invaded the 3rd World, going back to the late 1970s.

As most people haven’t a clue, unless they live in the Third World, I will explain.

Quietly, with little publicity it would arrive in a selected country, often offering to build a bridge, a road, a train line, a dam, whatever seemed to be needed.   In return, the 3rd World Country would repay over a long period of time.

The addenda to this was that while the man worked on the project, his wife or sister or other relative would arrive and be handed whatever permits were required, so as to open a business selling cheap Chinese goods.

While the Government of the 3rd World Nation focused on the project, the Chinese focused on business.   Getting a pile of manufactured goods, from slippers to microwave ovens, from curtains to lamps into the target country.

The first stuff was fairly good quality sold cheaper than whatever was being sold.   If jeans were going for $1k then the Chinese would sell their’s for $600.   If the local market produced socks at $20 a pair, the Chinese brought in socks at $10.

This put local manufacturers out of business, and had local importers making trade agreements with China.

This meant that where a company might have brought in Japanese motorcycles which had to sell for six figures local currency, China would bring in its own stuff which sold for five figures.

This invasion continued into the 1980s, 1990s, as more and more 3rd World Countries were brought into the realm.

Where a country couldn’t repay a loan, the Chinese would take a lease on a sea port or air port to ‘cover’ the indebtedness.

By 2019 China literally owns a number of 3rd World Countries.  From sugar plantations to aluminum manufacturing, and into every consumer good in the homes of the citizens.   The Government is owned by China, for the debts can not be repaid.

Now China will extend it’s control into the 1st World.

America has long lost the ‘Trade War’.   It will now lose the few markets it has left, for there is nothing that America manufactures which doesn’t have a Chinese counterpart, cheaper and more available.