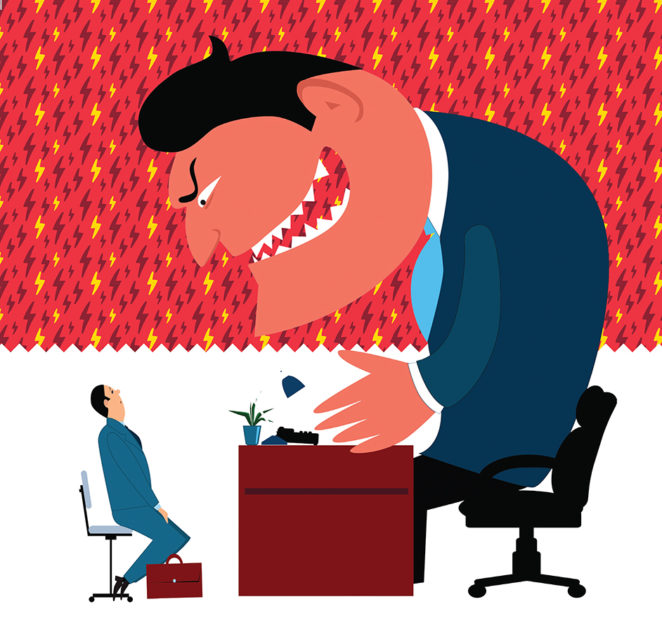 Many people find themselves working for what can only be described as a Boss From Hell. This is an oppressive creature who is more focused on abusing his staff than the work being done.

No matter how good or how bad you may be at your job, the point is to make you his victim, to insult to demean is what gives him pleasure.

You don’t realise that when you start to work. At first you think his criticism has value. At least there is a basis. But eventually, as he begins to talk of your shoes or how many times you leave your desk or how you sit, you realise, he is attacking to attack because signing the pay cheque is the power he has over you. 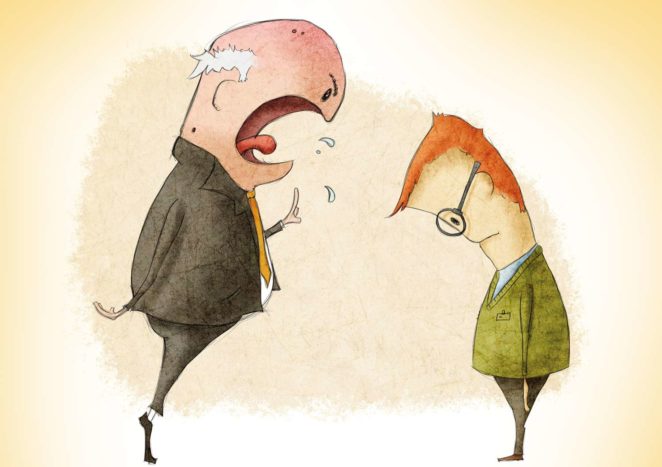 I didn’t realise it when I came to work for a guy I’d been at University with. I thought we were associates, not that he was my Massa.

I stayed  for just under three years as I liked the job but also, never having experienced a Boss From Hell it astounded, then fascinated me, and I began to blog about it.

I admit that I am far more fortunate than most people. The first time he flew off the handle and I heard his foul mouth I listened between the words. For him, this grandstanding was more important than the work.

As an anthropologist, writing an ethnography on a new tribe, I began to document the effect he had on me and on the others.

Most people who came to work for this BFH did not spend six months. I lasted much longer because I developed strategies. Strategies I call ‘unworking’.

For example, he was very fussy about being ‘on time’ and we had to ‘sign in’. I would always be on time, always sign in, then go to the bathroom for ten minutes, then waste another ten setting up my desk, conscious of time. Knowing I was not doing one thing related to him or his office for the first thirty minutes.

I slowed down my movements and production so that one letter could take me an hour although I can type at over 150 words per minute.

Yes, these are bad traits. Traits I needed to excrete when I departed.

I recall towards the end of my ‘sentence’  the BFH called me into his office. He began his usual diatribe and while he was blathering, I was thinking about creating a sauce for my dinner and really didn’t hear a word he said. When he told me to go, I left his office for my desk, did my usual closing down rituals, and was out of the building at my quiting time.

After I left and went elsewhere, I found myself beset with negative traits.

I realised that one should give themselves a kind of winding down time, maybe working from home, taking a part time job, doing anything but step back into the same kind of arena.

To advice that you don’t consider your time in hell is wrong. Spend a few hours going over the past, digging and recognising, and comprehending the twisted mind of a BFH.

Just like being in a abusive marriage you need time to heal. Time to get rid of the negativity.  Time to regain yourself and your abilities.

Usually, it takes just as long to excrete the torture as it took to experience it.