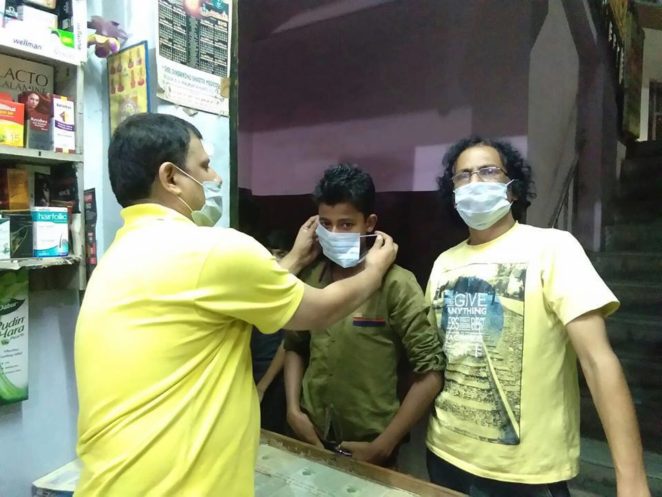 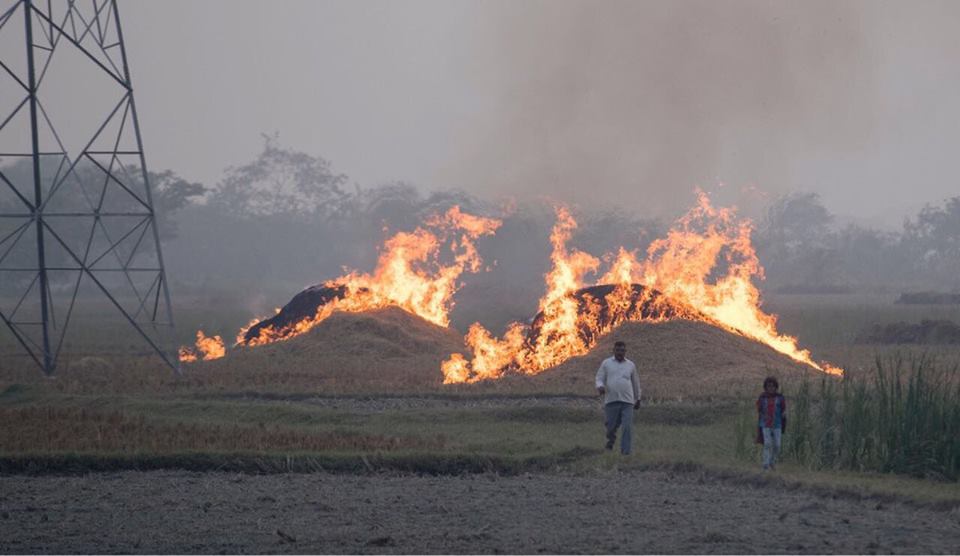 Lethal and deadly smog  in the capital of India occurs every year in the winter. The National capital and nearby area including the entire North India once again experienced the poisonous smog and smoke. The level of pollution is so high and lethal that people of Delhi fear to come out of  home. Even the World Health Organization (WHO), NGT including the LG and Delhi High Court slapped the Delhi Government to act for providing relief to People from this killer Smog. As per the WHO guidelines the standard of Air Quality should be 2.5 but this year’s level accidentally increased to 10 times more than the minimum standard as prescribed.

This thicken smog led to Air emergency in Delhi and Ncr which turned Delhi into a Gas Chamber. Due to such extreme level of poor visibility Delhi seems stand still. The peak pollution level in the adjacent Ghaziabad also badly effects Delhi’s air. Many on going infrastructural constructions, Diesel Autos, Land fill sites including the nearby Sahibabaad Industrial Zone also have their above all contribution towards this worse condition level in Delhi. 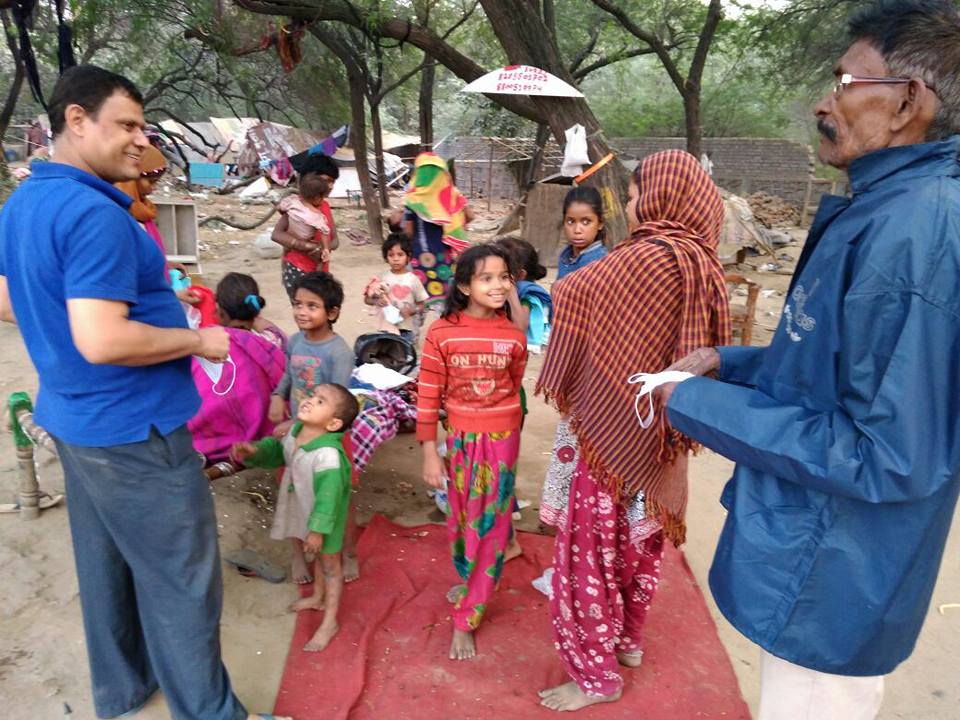 Visibility of Yamuna Express is so low that on last Wednesday as many as 20 got severe injured and hospitalized. When the killer smog speeded dangerously all over the sky of Delhi, Delhi turned  to mute spectator by just following the lethargic style of Governance. Only after the strictures  from the National Green Tribunal (NGT) and Delhi High Court the AAP govt. started taking actions which is not at all enough to wipe out this killer smog. All most all the concerned agencies are in alert and alleged the Current Government in Delhi  for such worst condition. Indian Medical Association (IMA)therefore declared the situation as the 1st ever Health Emergency in  Capital and did instruct  the honorable LG and the Chief Minister Arvind Kejariwal to close down all Public and Private Offices including all the educational institutes in Delhi and NCR. 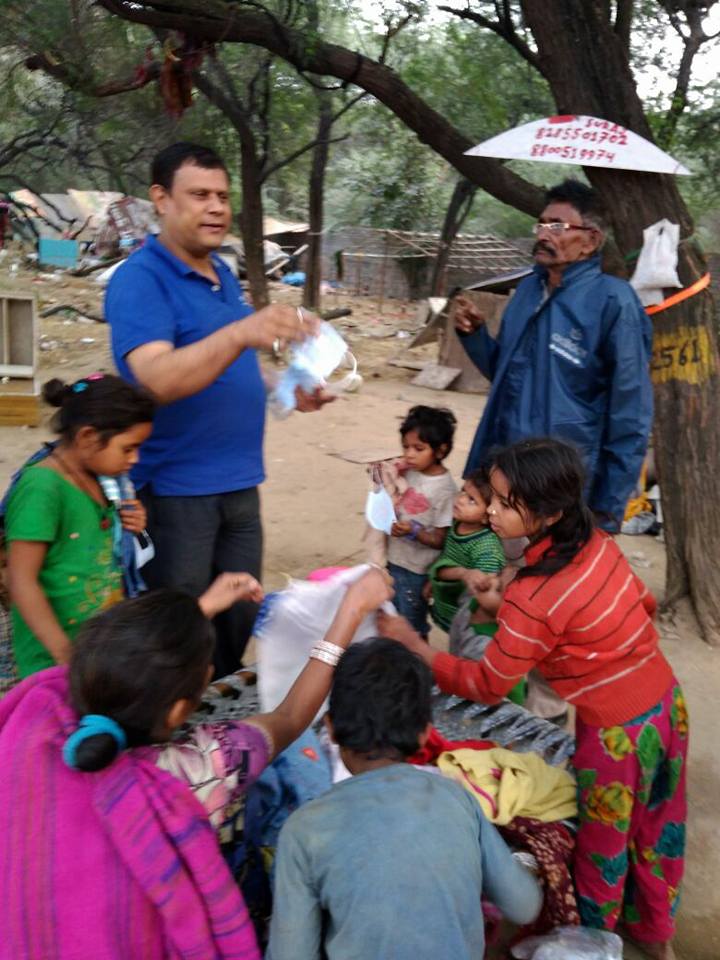 In this dangerous situation everyone’s breath in Delhi really stopped when coming out of home but How long you can wait sitting at home without going out of home. The situation is so worse that if you come out to breath on the streets of Delhi then you may be hospitalized or you may die. This is not new to for Delhi. It occurs every year during this particular period and leads to an extreme level and then only the government looks prompt in taking actions which is like when the bullet already fires out of your gun , it can not be reversed. As the trends of thick smog occurs on regular basis every year ,why not the concerned authorities and the government show their promptness before it instead of laxity.

Delhi government’s circular and guidelines also reach to all government institutions and private entities to come office with the precautionary masks and appeals the citizens of Delhi to roam with tightening the mask on face. This guidelines also effect many people’s livelihood and especially it effects the poor and down trodden. Delhi Govt’s directions  not to come out of home if there is no such emergency  effects  badly to people who are home less ,poor people in Capital’s Jhuggi Clusters including thousands in front of AIIMS  who are living temporarily  for their treatments.

In search of such must effected part of this year’s killer smog when  I reached a Jhuggi Cluster opposite to the CNG Petrol Pump at Lado Sarai in South Delhi found a lady with her children and shocked by the statement given by this Lady named Mira. When I did ask the lady about their lives under open sky in an demolished Jhuggi Cluster, Mira replied that Yes, I along with as many as 100 of people are bound to live here as we have no home and we have no option but to live here breathing this killer smog because we are poor and no body listens us. He again looked us and replied with her crying voice that sir, this  ‘patta ‘ (Mask) which costs minimum 30-50 rupees is a day long expenses for our livelihood. How can we able to purchase it to protect us from this poisonous air in Delhi. 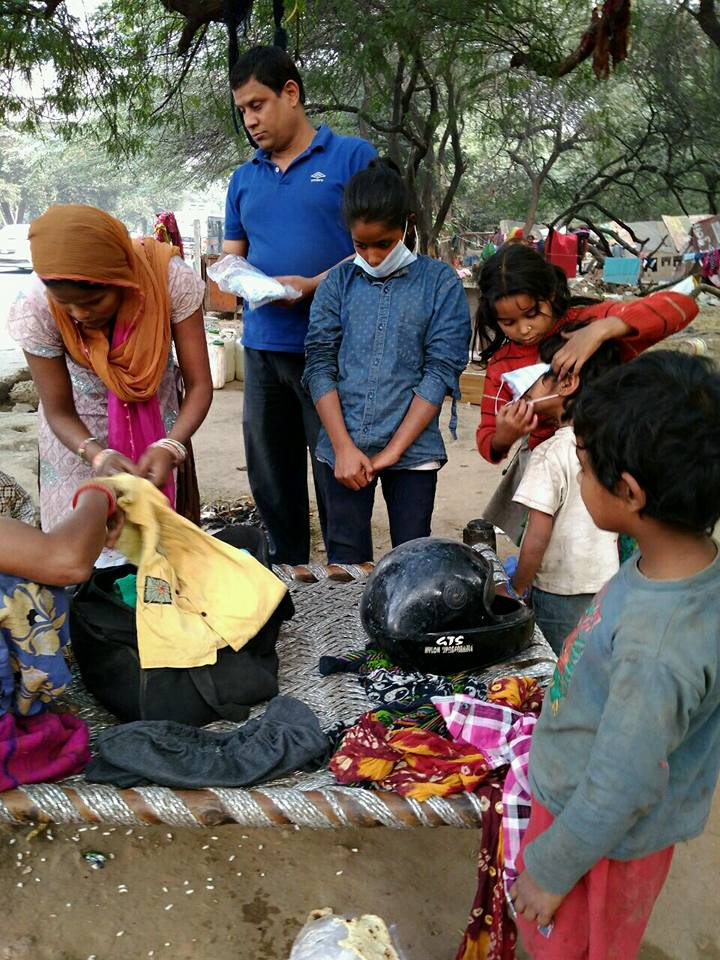 Even this killer smog didn’t let my much smarter Social Group mute which You can see in this snap posted at the end of the News Report. One of my Social Friend who is a medical practitioner in profession not only did agree to provide our team, masks but also did agree to Distribute many in the National Capital to them who are not capable to purchase. All are Free of Cost. May the Almighty Bless him to live long for the sake of these poor and down trodden in the Capital. 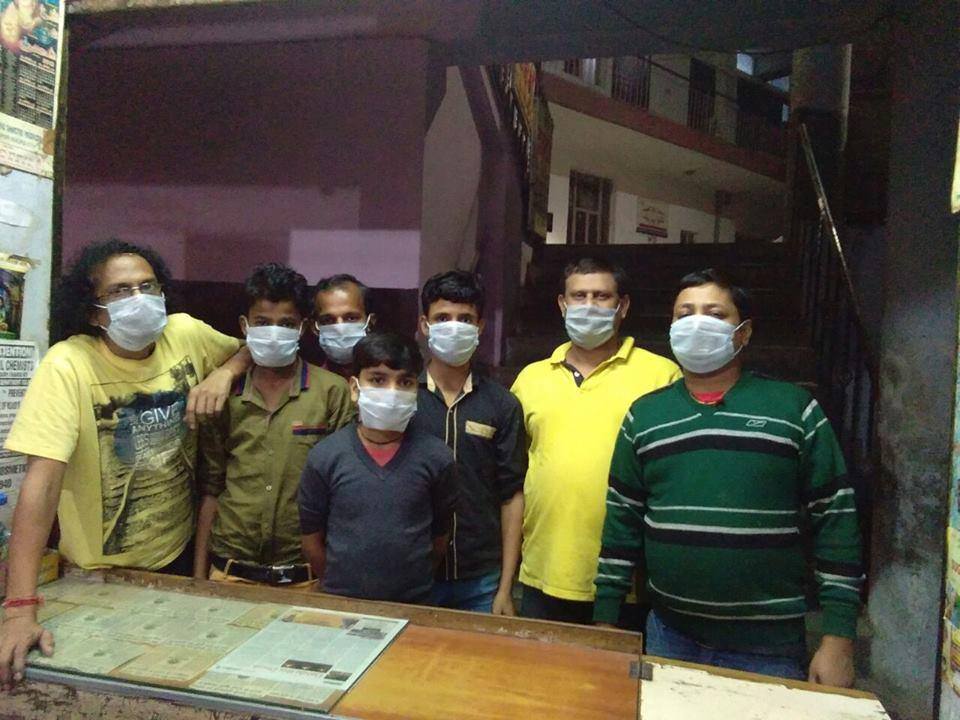 The name of this kind hearten one who provides such needy masks free of cost is Mr.S.P. Tiwari. He has a medical shop in South Delhi where I have been residing since more then a decade.