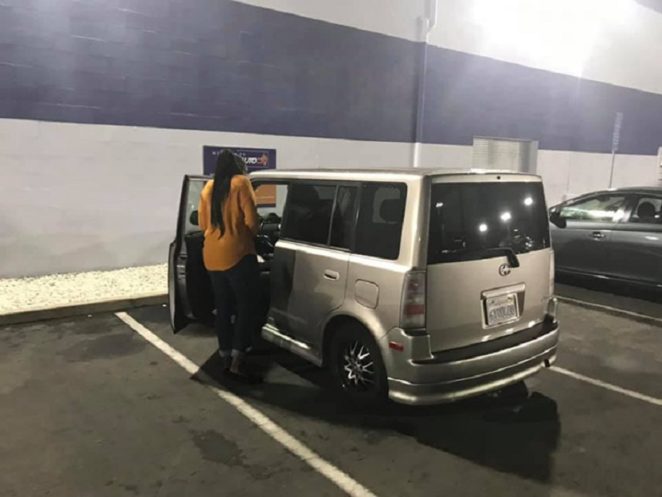 Kayla Cooper is thanking God for sending Dan LaGuardia who was at the Auto City in El Cajon California for being the person that assisted her to get out of a terrible jam.

What happened at the auto dealership that Dan wanted to trade in his Scion XB auto to purchase a newer BMW auto model, however when he witnessed Kayla crying that if she did have an auto of her own to get to her workplace by the end of the current month, she would be terminated by her employer.

Personally talk about laws that to put it mildly unfair to people like Kayla who works hard to earn a living but had to use rides from her family and friends, Kayla would be in trouble if she did not have an auto for her own to get to work.

However Dan decided to change his mind of trading in his Scion XB for a newer BMW auto model when he realized that Kayla was desperate need of an auto that she could call her own.

Dan called the salesman at Auto City in El Cajon auto dealership that he would give his auto to Kayla by having her come to the dealership to sign the paperwork and the key to Dan’s Scion XB since he felt pity for her.

These kinds of stories that I share on this blog make all of us “Somebody up there likes us.”