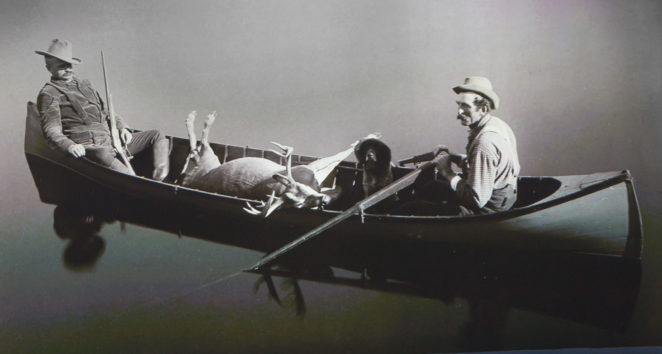 We are at the Adirondack Guideboat Museum (now called the Adirondack Experience) in Blue Mountain Lake in the Northern Adirondacks. This is a photo (of a photograph) at the museum from the mid to late 1800’s of two boaters in an original Adirondack Guideboat. One is probably a guide and one a “sport” and they have been out hunting and loaded down the boat with a deer and lots of other gear including the dog. Can you tell which guy is the guide?