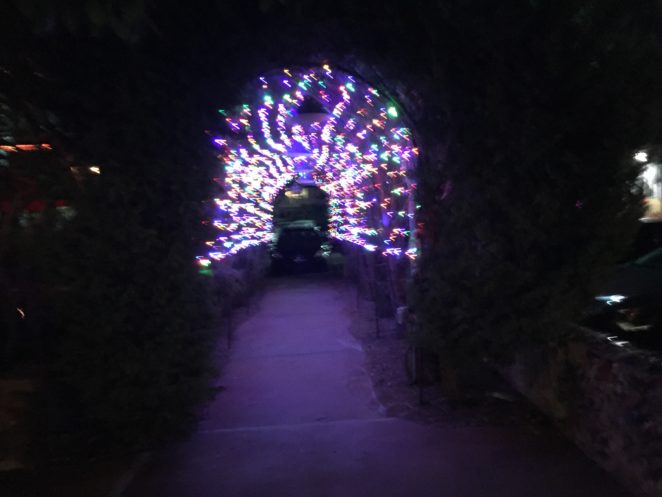 I woke up at 10:30 am, and I decided not to go to the gym today because I wanted to do some errands. I drove to the Spectrum Center at 4 pm, and I just walked around. It was warm today, around 79 degrees Fahrenheit. I entered the Improv Comedy Club at 7 pm, and I ordered a cup of coffee and vegetarian Improv Nachos. It was really filling, and I wasn’t really hungry to begin with. But it was good. I didn’t take a snapshot because I forgot to bring my iPhone along. Tonight’s show was funny. I sat at the bar, center section, for a change, which is elevated from the front section. The show finished at 9:30 pm, and I walked out, walking by the Wednesday Open Mike outdoor show, which isn’t funny. It was quiet tonight, as I walked through an almost deserted mall, noticing that all the stores were closes, but few coffee shops, Yogurtland, and restaurants. I drove back home on quiet streets, feeling stuffed with nachos as well as I had a good laugh all night at the improvisation comedy.

When I entered home, I changed my clothes to my robe and slippers, and I turned on the TV to an independent channel. I noticed that the movie, Frankie and Alice, was on again, because I watched the last one hour in the morning. I missed the first 25 minutes tonight, but it is an interesting movie about a woman with DID—Dissociative Identity Disorder, which is a trauma based disorder that causes the victim to suffer from multiple personalities and schizophrenia. It stars Halle Berry, Stellan Skarsgard, Phylicia Rashad, and other actors.

Then, I decided to watch the movie, The Doors, while checking stuff on the internet. I first watched this movie in the theater with my brother and his ex-girlfriend, when they were together, and I noticed that it had dark content. I think Jim Morrison was being controlled by the industry, and he was trying to rebel because he wanted out or he wasn’t happy.

I added my photograph that I took at The LAB Anti-Mall. This photo would have been cool in my post about Ultraviolet theme, but I forgot about it at the time. I call this photo, The Ultraviolet Tunnel to the Other Side.