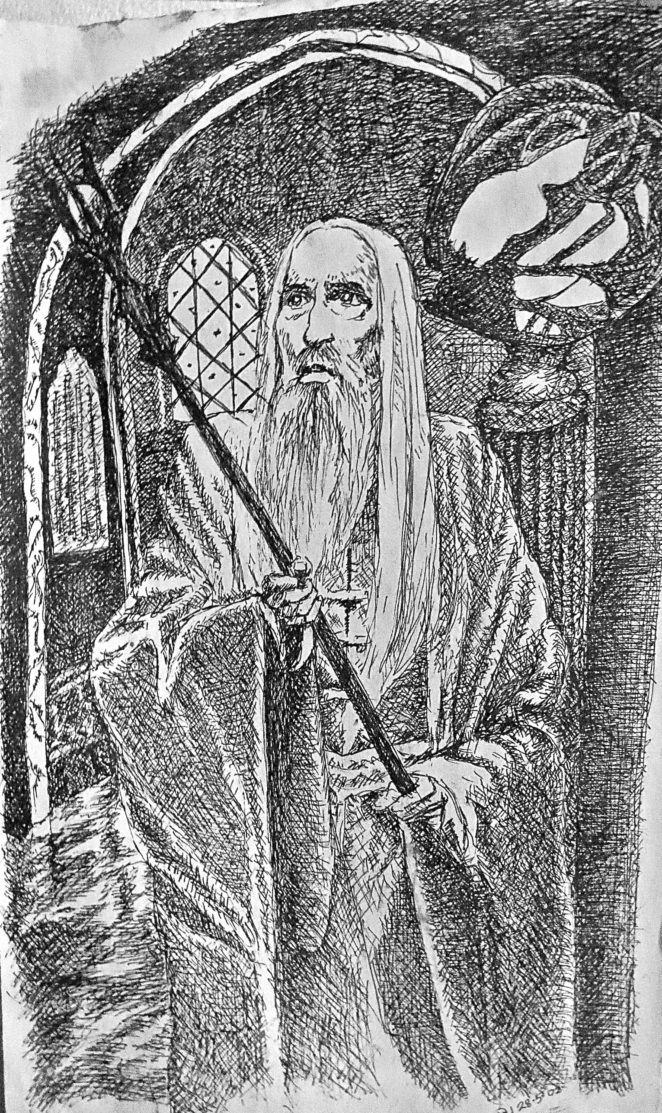 Some drawings of mine in various mediums of characters on films. Momentaries studies, trying to work out some sort of puzzle because I can relate to the images.

I’ve read “Lord of the rings” several times and later on watched the movie by Peter Jackson. The movie was not entirely true to the book. I believe that the story of the “Hobbit” should have been shown first. Then the story makes sense. As I have read it in order, I understand the story and the plot.

Then there are other stories, and the characters drawn here.