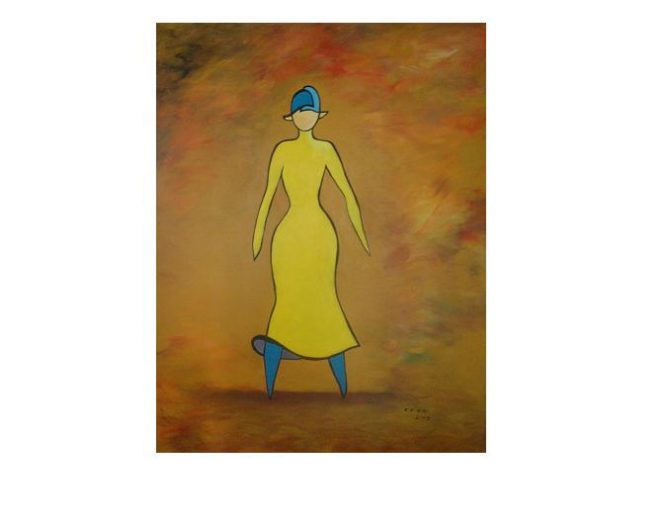 This is a single line composition depicting a figure who stops due to an attention grabbing moment. This is, of course, the minute which  the figure devotes its attention. The hat stood still in such an event. The title is inspired and a variation of a fampis sci fi   film. That is The Day the Earth Stood still. The action of the figure recalled for me that title and the Day became the minute and The Earth became  the hat. This is an acrylic on canvas painting. 4 x 5 feet.