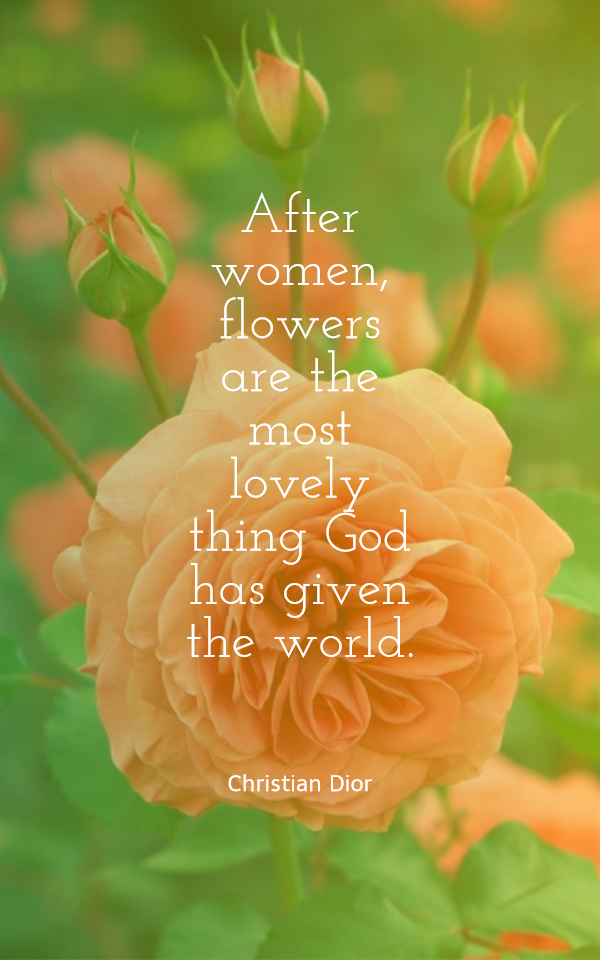 Christian Dior is responsible for the quote “After women, flowers are the most lovely thing God has given the world.” So this one goes to the man side. Christian Dior was born on January 21, 1905, in Granville, a seaside town in the north of France. He was the second child of five and his father was a fertilizer manufacturer.

Christian was very much interested in the arts. The family moved to Paris so Christian could study to be a diplomat. He followed the wishes of his father and graduated in the field requested, still it was not his dream. So his father set him with a small art gallery. Money was tight and the gallery closed after just one year. Dior began to make ends meet by selling his fashion sketches. Eventually he had a job illustrating the magazine Figaro Illustré. Couturier Robert Piguet hired him and his design career began in earnest. His passions came to fruition.