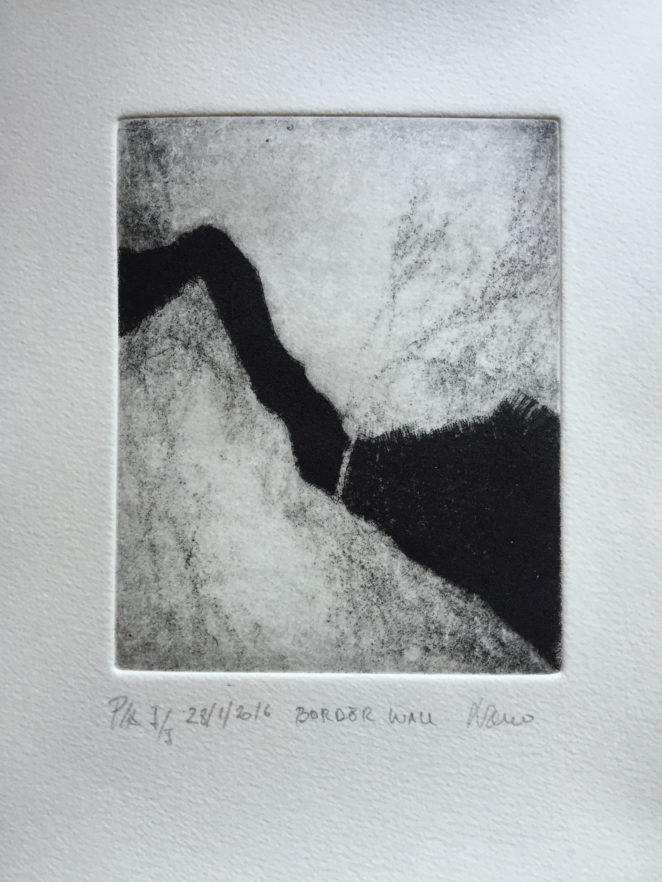 No matter how much they try to build walls, the same ones that sold globalization and its treaties, these will be of no use because transnational problems, such as wars, tyrannies, hunger or terrorism, affect us in one way or another despite Of the borders or Fences.

People are still risking their lives and those of their loved ones, to seek a better future, but never further from reality. They are enslaved. Violated. Mutilated, kidnapped, sold and murdered, by the same people who claim to defend them in their countries, sending (selling, round business of weapons of war) all kinds of armament, to the government of the day and to the rebels themselves in their respective countries. They try to shake with the speech of fear (and put it into practice), under the guise of reason and control. Magnifying what they say to be true, its truth.

Caught in the middle. Millions of people embark on a journey of fear, where they alone face the mafias who benefit from all these barbarities.

Simply, with our hypocrisy we are able to create horror stories, the most TV sense (they are real) or sell lives to the highest bidder.

Let us build walls and fences higher and higher,

Because the tragedies come without warning,

Let us count the dead for our rejoicing,

Of which the sea sends us …

How far will we be able to go?