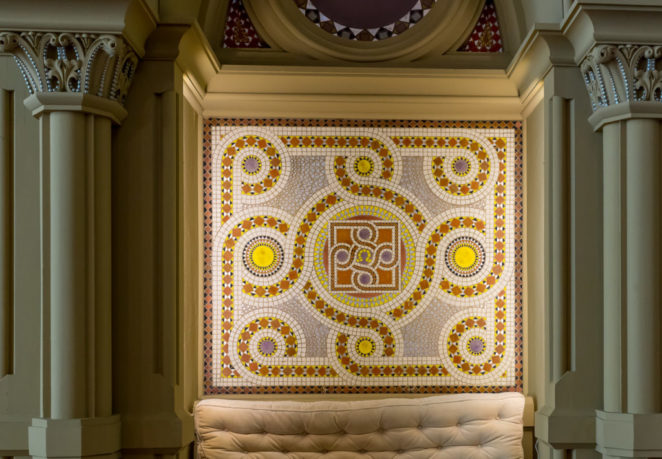 Another part of the extensive Tiffany Glass Company renovations to the sanctuary in the First Presbyterian Church in Bath, New York are shown here:

Between each arch and set of columns in the back of the sanctuary were what appeared to be similar mosaics to the blonde mahogany alter.  On closer inspection they were canvas and painted on possibly in an effort to spare costs at the time?  They are lovely and appear to have lasted as long as the other parts of the artistry. They have been restored and finally lit so they could be seen better.