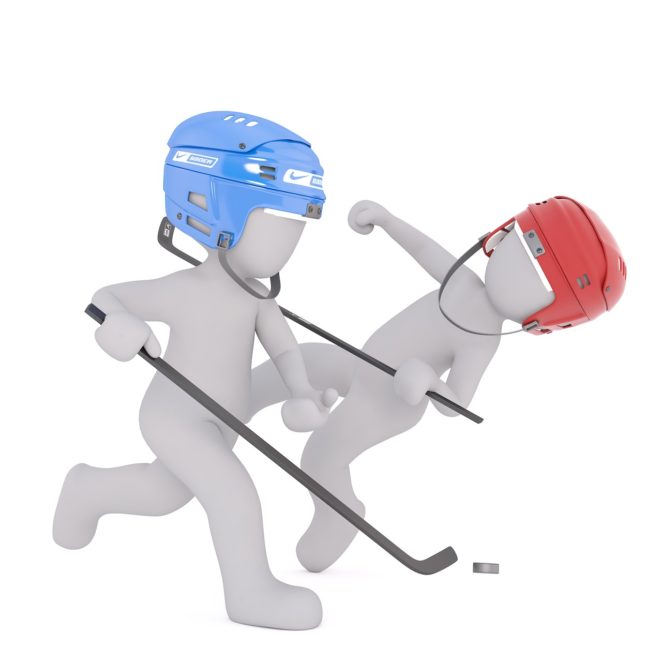 Here is how I see things will play out in the National Hockey League (NHL).

1. Toronto Maple Leafs.  There will not be a sophomore slump for Auston Matthews.

2. Ottawa Senators.  I think that playoff run will give the Senators momentum for this season.

3. Tampa Bay Lightning.  Too many injuries derailed them last season.  They will bounce back.

4. Montreal Canadiens.  With Price in goal, the Canadiens will be in the mix once again.

5. Florida Panthers.  Adding Dadonov and Vrbata to the offense will allow for the Panthers to keep the pressure on their opponents.

7. Buffalo Sabres.  Jack Eichel will become a star this season.

8. Detroit Red Wings.  The rebuilding process continues.  At least, they have a new arena.

1. Washington Capitals.  The Caps reign during the regular season.  Their problem is in the playoffs.

2. Pittsburgh Penguins.  The Penguins will be going for three Stanley Cups in a row.

3. Carolina Hurricanes.  Carolina will surprise teams this season with Ron Darling in the crease.

4. New York Islanders.  Adding Jordan Eberle should be the catalyst that puts the Islanders back into the playoffs this season.

5. New York Rangers.  The Rangers will vie for playoff contention once again.

7. Philadelphia Flyers.  The defense still gives up too many goals.

1. Minnesota Wild.  I do not think that last year was not a fluke for the Wild.  They continue to improve and adding Tyler Ennis should allow for the Wild to progress.

2. Chicago Blackhawks.  Losing Marian Hossa for the season will absolutely hurt the Blackhawks.

3. Nashville Predators.  Losing in the Stanley Cup Finals will sting at the start of the season, but they should be able to bounce back later in the season.

4. St. Louis Blues.  The Blues will be in the mix once again with Tarasenko.

5. Winnipeg Jets.  Improvement in goal will allow for the Jets to fly this season.

6. Dallas Stars.  Adding Radulov gives the Stars one of the best first lines in the NHL, but more depth is needed on defense.

1. Edmonton Oilers.  The Oilers could possibly have the best regular season record in the NHL this season due to Edmonton upgrading their third line.

3. Los Angeles Kings.  The offense should be much improved this season.

6. Vancouver Canucks.  The Canucks are in rebuilding mode.

7. Arizona Coyotes.  The Coyotes are really in rebuilding mode.

8. Vegas Golden Knights.  The expansion team’s biggest weapon this season will be when opponents stay out way too late the night before in Vegas.