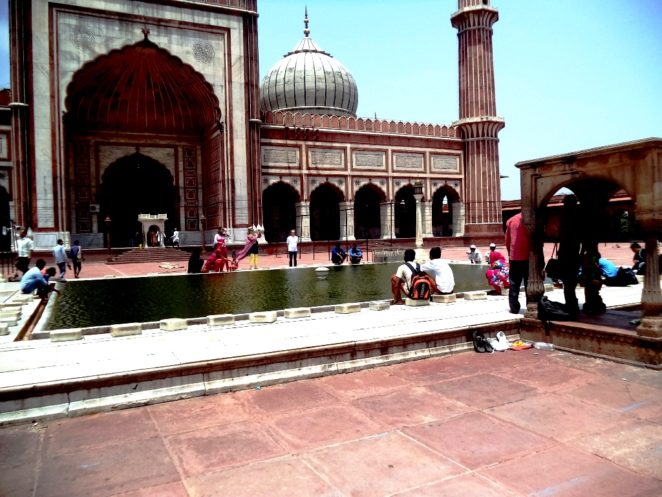 The place in this image is inside Jama Masjid (Mosque) which is one of the largest mosques anywhere in the world. The place is visited by people of all religion for it’s architectural beauty.

This mosque was built by Mughal emperors in the Indian Capital of Delhi which was completed in the middle of 17th century. It would be surprising to note that more than 40000 people can offer their prayers at the same time inside this mosque especially on special occasions.

I took this image in 1915 during my visits to Indian capital.