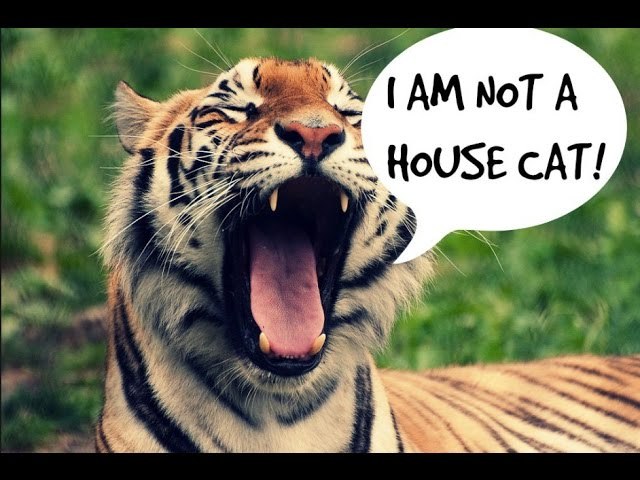 This article proceeds on the working claim that even though owning endangered wild animals as pets may help in conserving the animals and saving them from extinction, the practice is unsafe and unethical. It is because research has shown that it is not possible to meet the psychological and biological needs of a wild animal in a domestic setting. Domesticating exotic and endangered wild animals may take a lot of time. The animals may be hostile to the human beings trying to protect them, since the domestic surroundings are a strange environment, leading to fatal injuries for both the animal and the human. The story explores the reasons as to why wild animals should not be kept as pets.

Every organism in the ecosystem has evolved under different environmental and climatic conditions. The process took many years, during which animals lost the features and organs that were redundant for their environment. They consequently developed new instincts and organs that would enable them to survive in the wild environment that they found themselves in. Most wild animals are aggressive and tough for purposes of survival in the hostile wild environment. It is impossible for wild animals to have a habitat that is similar to theirs in a domestic setting. Animals are of an unpredictable nature and it is not possible for human beings to understand and meet all their needs.

Provision of care for wild animals is an expensive affair and it is impractical and impossible for a single person or a family to provide the care that a wild animal requires for survival. Sufficient care requires specialized facilities, training and expertise. It might even require a degree to learn how to provide the essential social and nutritional needs of the animal. Thus, it is important for the animal care to be provided by qualified personnel in conservatories and rehabilitation centres. Furthermore, removal of wild animals from their natural habitats may lead to imbalances in the ecosystem, causing destruction of various populations of species.

Wild animals may facilitate spread of fatal and dangerous diseases. Their waste contains disease-transmitting agents such as e-coli and many others that are yet to be identified by research. They are a myriad of diseases associated with the droppings of wild animals. The droppings are corrosive and they may cause damage to the homestead or structures that may take eon to repair. The droppings pose considerable risks for both children and the domestic pets in the compound. Sealing off the area in which the animal is sheltered is not only costly and impractical; it is also against the rights and welfare of the animal. The centre for Disease Control and Prevention warns that wild animals spread fatal diseases such as Salmonella, Herpes B virus, and rabies. The Herpes Virus is commonly found in monkeys and it is fatal for humans. Amphibians and reptiles are reported to cause salmonella infections annually to thousands of people across the globe.

Animals that at first appear small and non-threatening often grow stronger, dangerous, and larger than the animal owner can manage or contemplate. Most people adopt baby animals as pets, citing the fact that they look irresistibly cute and adorable. The animal grows bigger and changes from its juvenile behavior to the survival tactics of the wild, resulting in scratching, biting, and unpredictable behavior. It may result in injuries and destruction of property. A human being may choose to retaliate and may end up killing or wounding the animal. Presence of the animal in a domestic setting is inappropriate for both the animal and the owner. Life is important and should be protected at all costs.

Domestication of wild animals requires a lot of money and resources. Money is required for medical care, feeding, and waste disposal. Caring for dogs and cats consumes a significant portion of the household budget. Wild animals require a higher budget. It is inhumane to spend large proportions of money on domesticating wild animals, while there are human beings who are homeless and others who cannot afford daily food. It is more plausible to use the money to alleviate the circumstances of the human beings, who are in squalid conditions than to use money on animals, which can sustain their livelihood by depending on the vast natural resources that are available in the wild.

The process of keeping wild animals as pets violates their natural rights to socialization and reproduction. Keeping them in domestic settings amounts to holding them in captivity. The practice is tantamount to slavery, since a wild animal will be denied the freedom to engage in the activities that other animals of the same breed are engaged in. Denial of freedom may result in behavioral and physical abnormalities. Denying freedom of animals is cruel, since they suffer endlessly to achieve the selfish purpose of human gratification. The practice also interferes with the natural process of evolution, increasing the risk of extinction of endangered species.

Keeping wild animals as pets is unethical and illegal. Wild animals in domestic settings lack proper veterinary care and they lack the companionship of other animals of the same breed. They cannot have sufficient space in domestic settings. Enclosing wild animals in a domestic environment violates their rights, since they are used to unrestrained and free spaces in the wild. Domesticated wild animals also suffer from lack of sufficient exercise, which may hinder development of their bone structure and make them very weak as a result. They may not access sufficient food or they may be fed with the wrong types of food, leading to stunting due to nutritional deficiency. Most of the wild animals available for sale as pets are acquired illegally, therefore, purchasing a wild animal perpetuates profitable trade in the wild animal market, which is recognized as illegal by the international law. Most people who keep wild animals as pets are not aware of the dangers created by the practice. They are also not aware that the practice is illegal and unethical. People should be educated and sensitized about the concerns that arise, so that they can stop engaging themselves in the process.

I am a freelance writer at writer-elite.com I’m specialized in essay writing on different topics. That’s why I read a lot. The last article I read was  Animals can communicate with humans It may be interesting for you too.