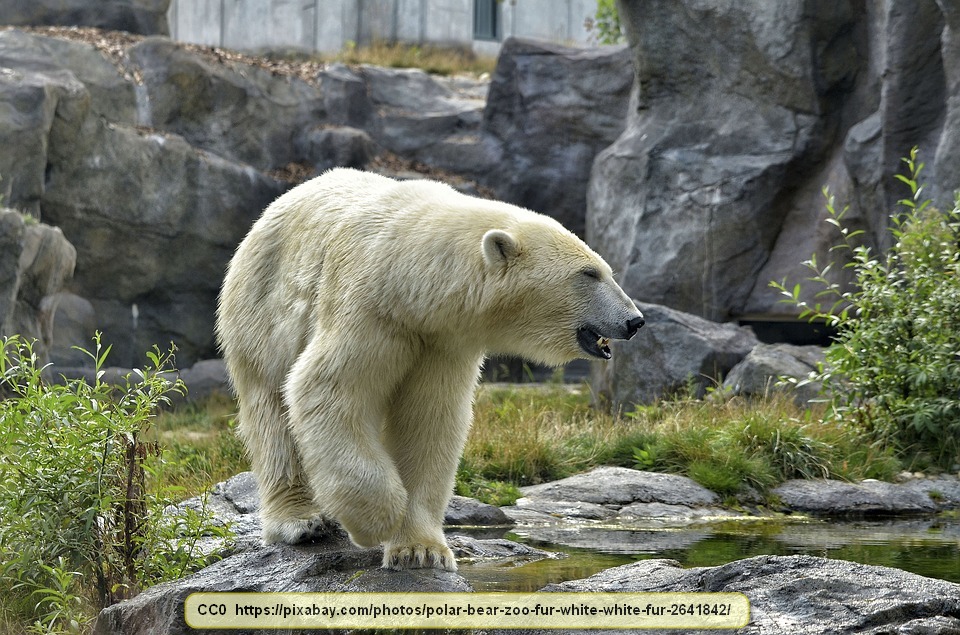 For a great deal of the 1980s and 1990s, in an effort to scare people, we were told repeatedly that the polar bear population was rapidly dwindling and that polar bears were dying out because of man-caused global warming. This played on the fears of people who had never seen a polar bear in its natural environment and would probably never see one.

There is a good reason that we seldom hear much about polar bears today, especially if the statements reflect current understanding and research, and it probably isn’t one that people might think of. The is, the claimed issue with polar bears doesn’t exist and apparently never did. The truth is based on polar bear facts that most people aren’t aware of.

To begin with, we don’t know exactly how many polar bears there are. The best estimates place the population at around 30,000, give or take a few thousand. It is exceptionally difficult to get accurate numbers, especially since polar bears have such a huge range.

In the last few decades, it has also been learned that the range of brown bears overlaps some of the range of polar bears. This becomes important because polar bears can and occasionally do interbreed with brown bears and the offspring, which are hybrids, take on the traits of both parents. Many of them may appear white, for instance. When aerial surveys are done to count polar bears, it is nearly impossible to tell the difference between a polar bear and a brown bear-polar bear hybrid. What’s more, such hybridization has apparently been going on for a very long time.

Add to this the fact that polar bears don’t require bitter cold arctic weather. This should have been clear a long time ago, considering that there are many zoos in warm and hot climates that include polar bears. Those bears are thriving, despite living in warm conditions.

This means that the natural range for polar bears is likely to be far larger than what was originally believed. Frankly, there are many areas that are potentially within the expanded polar bear range where wildlife biologists never thought to look for these bears and still haven’t.

Polar bears are well-adapted to live in extremely cold areas. You might note that I mentioned that they appear white. Polar bear hair is actually almost colorless and it looks white for the same reason snow looks white. The hair is hollow and acts like fiber optics. The skin of a polar bear is actually black, so even weak sunlight is conducted through the hair to warm the skin. Since the hair is hollow, polar bears are not only insulated against the cold, but they are also good swimmers because the hair also adds buoyancy.

It is a logical fallacy, however, to think that because they are adapted to survive in a cold, harsh environment that they must require this sort of environment. It is likely that these adaptations came about during the ice ages, but that doesn’t mean that polar bears can’t live without bitter cold. The zoos have already proven that they can survive and thrive in much warmer conditions.

In fact, and this is very telling, the roughly 30,000 polar bears is actually an increase in number. That is, even though the population is inaccurately known, there are indications that the population is slowly growing and has been growing for some decades.

At one time, it was also believed that polar bears can’t survive without large numbers of seals for them to eat. We now know that they have an extremely varied diet, like most bears. Polar bears eat a great deal of vegetation when it is available. They also catch and eat many other creatures, including rodents and fish, and will eat carrion. The valid suggestion is made that many polar bears do eat a lot of seals primarily because that is the kind of food that is most available to them to eat. In other words, seals aren’t a prerequisite for the bears to survive, they are merely a convenience.

The contention that polar bears are vanishing and are on the verge of extinction isn’t true. The belief that they require bitter cold weather to survive is also not true. The idea that there isn’t enough for them to eat isn’t even true. The biggest shock is probably that although the population seems to be growing, it is apparently stable. It is time for the fear that polar bears are on the imminent point of extinction to be put to rest.