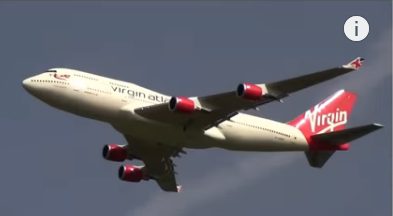 ~ Quote from “Flight of The Phoenix.”

Only when you see this gargantuan aircraft reflected against real-life objects, will the incredible scale of this world’s biggest Radio-Controlled Boeing 747-400 4 x Turbine Model plane, dubbed, “Queen Of The Skies”  dawn on you. To see and hear it is like experiencing the genuine thing. It is indeed a far cry from the R/C planes of my younger days, where, as a devoted Sunday-spectator, I watched in complete amazement how the land-locked pilots were deftly putting those airplanes through their paces.

Occasionally, through wind-shear or pilot-error, these objects of marvel would plummet to earth, be it in a downward, death-spiral reminiscent of the movies about dog-fights, the losing craft of which would, in ever-tightening circles and ever steeper angles, lose its fight against the ultimate victor, gravity, often disintegrating on the tarmac below, while at other times they would end their brief, animated state through G forces or design flaws, and just come apart in midair.

mThe sense of loss-to all in sundry, both pilot and spectator, being no less grave than would be the aftermath of a veritable air disaster. Such are my memories of these remarkable micro-leviathans of the skies and their ever dedicated creators.