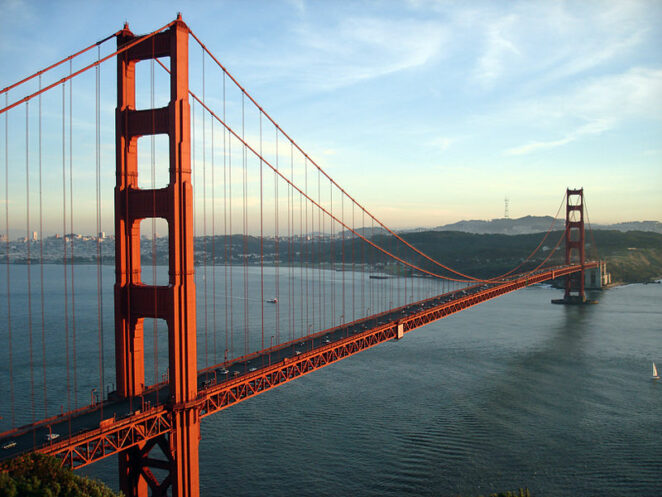 Most know that the Golden Gate Bridge is one of the modern wonders of the world but few will know that it connects the northern tip of the San Fransisco Peninsula to Marine County.

It is a suspension bridge and at the time it was opened in 1937 it was considered the tallest and the longest bridge. It  is a six lane bridge -cyclists and pedestrians are permitted.

It is also reported that Joseph Strauss walked away getting full credit for this marvel  It is only later the truth was revealed  The others involved were Charles Ellis, Solomon Moisseiff and Irving Morrow.

You guessed it right  Yes I was there.  It was a part of our US package tour.  We did not walk nor cycle on that bridge.