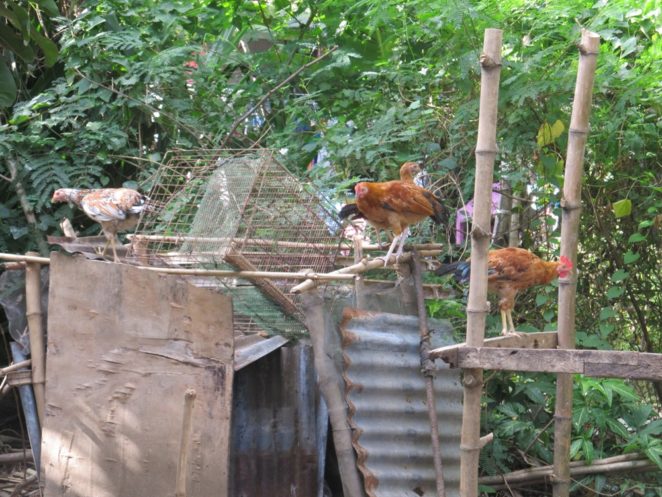 When the land where the chickens were kept was sold, the loose chickens were disposed by giving some to the neighbors and the rest were sold. But some chickens were so wild that they were not captured. After some months, the wild chickens came back and roamed the land again since the owner had not erected anything yet. After a year, the chickens grew big in number as if they are enjoying the still vacant lot.

Those chickens have no more owner which means they are self-supporting. They find their own food and water as well. It is like seeing the wild chickens in the mountain that they multiply simply because no one is capturing or shooting them. If there will be no poachers then the wild animals will not be endangered anymore.