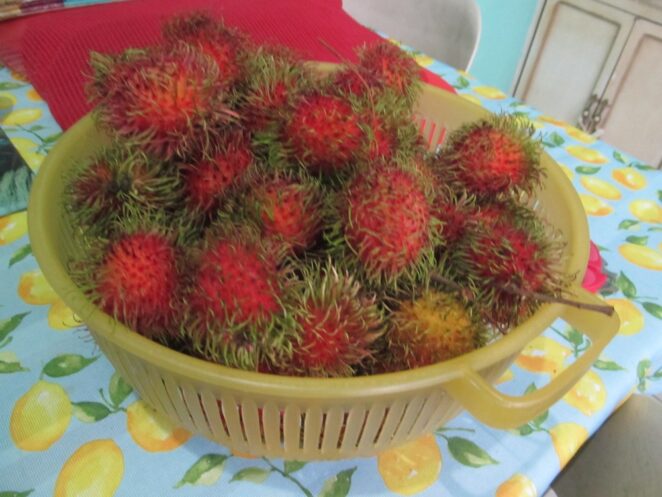 The rambutan is not an exotic fruit but not common either. The season of rambutan is usually from June to September but it varies depending on the variation of the climate. Sometimes it appears late like this year it is already August when I saw the first rambutan fruits in the market. More likely it will last until October.

We always buy fruits in season because it is cheaper and also nice to eat. Fruits that appear out of season are very expensive since there are only few of them. It is nice to have fruits on the table when they are cheap and of good quality.